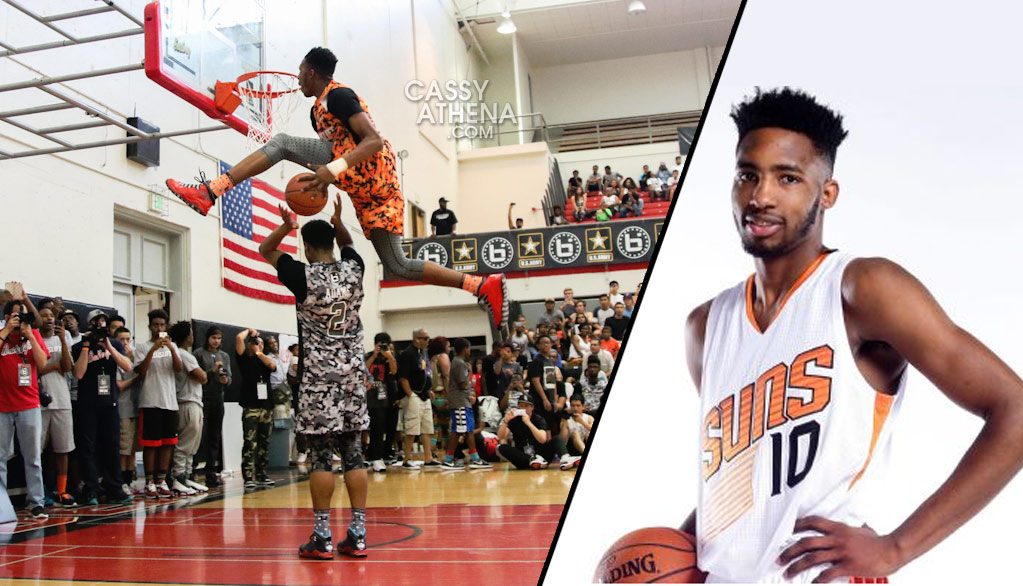 Over the past few days, my dream line-up for the 2017 NBA dunk contest started to fall apart as the Grizzlies waived DJ Stephens, Rockets waived Gary Payton Jr and the Suns waived Archie Goodwin.  The last player on my list who was endangered of being waived was another Jr and Phoenix Sun, Derrick Jones Jr. Thankfully, the undrafted UNLV product and former Ballislife All-American Dunk Contest winner made the cut and gave us one more reason to cheer for the run and gun Suns this season. With Jones on the roster, the Suns have three former Ballislife All-Americans: Jones, Marquese Chriss and Tyler Ulis.

“He’s the most athletic player on our team and that says a lot with Marquese Chriss sitting right here,” Suns coach Earl Watson told the Arizona Republic. “He has the potential to be a defender, 3-point shooter and play above the rim.”

Playing above the rim is an understatement for the 6’7 forward many considered the best dunker in high school and during his short career at UNLV.

Here’s a look back at all the fun times we had filming the possible future NBA dunk contest winner.