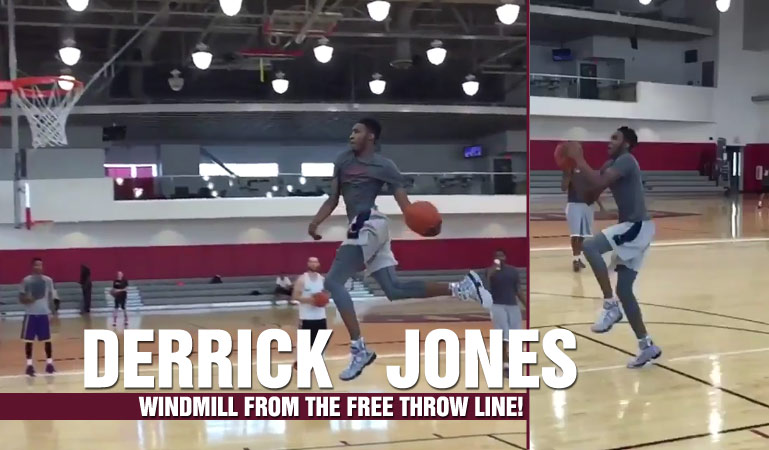 After watching UNLV commit execute just about every dunk in the dunk encylopedia during our All-American Game, Dunk Contest and AAG practices, it really doesn’t surprise me that Jones just pulled off a dunk only a few people in the world over the past decade could pull off.  I’m also being lenient when I say a few because James Flight White is the only name that pops in my head.

The rare dunk feat i’m talking about is a windmill from the free throw line.  Yes he stepped on the line but guys have won the NBA dunk contest by just doing a 1 hand dunk from less distance.  Unlike those guys, Jones also threw down a few other contest winning worthy dunks during this dunk exhibition and I’m pretty sure we will be seeing perfect scores on all of them when he pulls them off in future NCAA and NBA contests.

And just like we did with Zach LaVine, you will be hearing us say before he was a NCAA and/or NBA dunk contest winner, he was a Ballislife All-American Dunk Contest winner.