Hours away from turning 40 years old, the oldest active player in the league, Vince Carter, showed fans of the team that drafted him almost two decades ago,Vinsanity is alive and well.

The moment came early in the second quarter, after the home crowd in Toronto sang happy birthday to their former Dunk champ, Carter posted up on another former dunk champ, Terrence Ross, spun around him and then spun 360 in the air to avoid contact from Lucas Nogueira, who was just two years old when Carter made his Sports Illustrated debut. 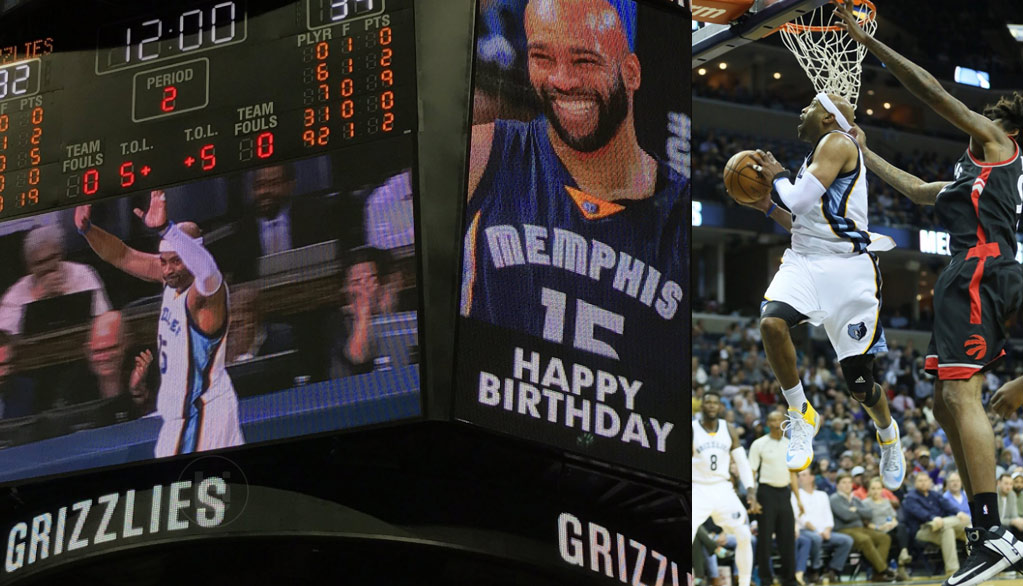 In honor of the 360 move and the man who will probably still be half-man, half-amazing at half a century old, here’s his best 360s from age 20 to 40. Most people would probably start this off with his 360 dunk from the 2000 NBA dunk contest but I’m going to start it off with him talking about his ridiculous 360 in transistion dunk against the Dallas Mavs in 1999.