Jarrius Robertson’s shot was amazing and I was happy to see our friend Brandon Armstrong win MVP of the NBA Celeb game and just as happy to see the beautiful Rachel DeMita finally play in the game, but I had two big issues with Friday’s event.

My first big complaint is former MVP Michael Rapaport wasn’t playing in the event. The “Gringo Mandingo” has been my favorite celeb baller since the MTV Rock N’ Jock days and a favorite actor of mine since I heard him yell, “where the fuck did he come from” in True Romance.  My other complaint is ESPN showed a pretty boring interview with Draymond Green instead of showing the Dunk Elite crew, in the background, throwing down some insane dunks, including a dunk over none other than Michael Rapaport.

If the white dunker over an even whiter actor looks familiar, it’s because the dunker is viral “dunker in jeans” Jordan Kilganon, who stole the show at last year’s NBA All-Star game and, believe it or not, has the most viewed NBA video ever!

Yes, you read that correctly. This video of Jordan shocking Gary Payton and Glen Rice has 97 million views and been shared over 1.6 million times.

The other two Dunk Elite dunkers at the event with Jordan were YouTube legend Justin Darlington and up-and-coming dunker Jordan “Flight” Southerland.

As for Rapaport, who might be the most vertically challenged player in the history of NBA All-Star weekend, here’s a little collage of the actor/director/podcaster/whatever we want to see come out of retirement. 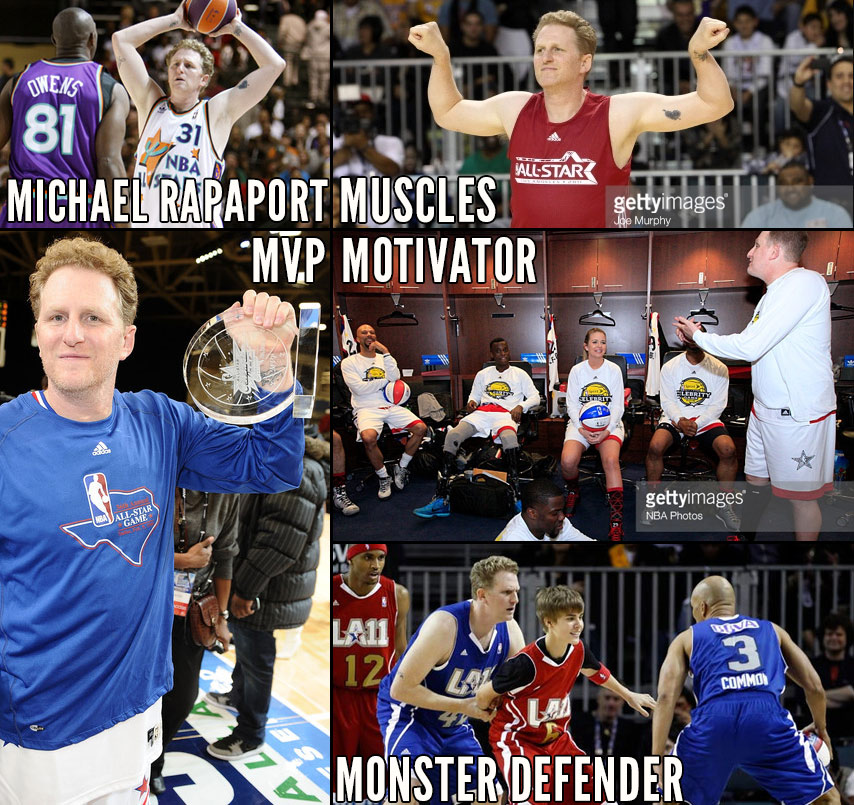