Dwayne Wade must have forgot LeBron wasn’t still on the Heat when he attempted to throw a full court alley-oop to James Ennis (who does have some serious hops) against the Hornets.  The oop didn’t connect but Haslem ended up with the ball when it bounced off the backboard and threw it down for 2 of his 8 points – so the failed oop still became a highlight which had the Heat players smiling. 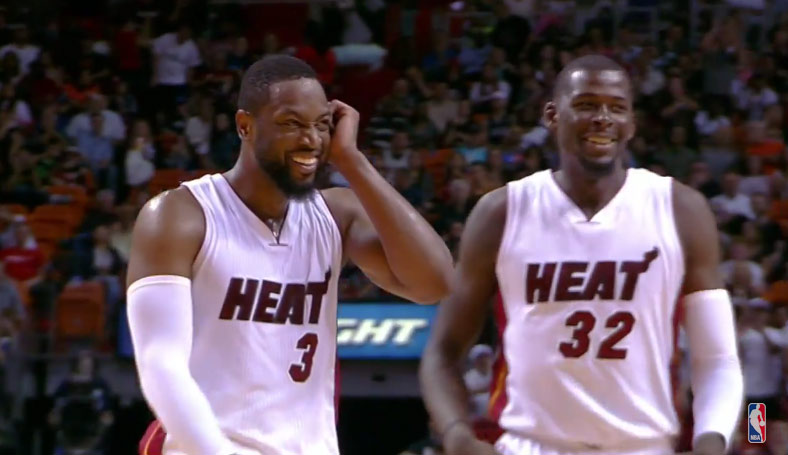 Wade was a little off all night as he turned the ball over 7 times and missed 11 of his 17 shots but he got 28 from teammate Dragic and 21 from Deng to help him get a W over the Hornets.

Now let’s flashback to a 90 foot oop between Wade and LeBron and their top 10 oops.