That was one of the hilarious tweets the NBA champ had to read during Jimmy Kimmel Live’s “NBA players read mean tweets” segment that comes on every year during the NBA Finals. A year later Steph Curry had to read that his “facial hair is a little pubeyyyy” and his “teeth need some work” during the 2nd Mean Tweets segment. Then last year, Draymond was told he looks like “Donkey from Shrek.”

On Monday, Jimmy Kimmel once again roasted a few Warriors, along with Magic Johnson, Shaq, Mutombo, Westbrook and a few Clippers in the 4th edition of “NBA Players Read Mean Tweets.” 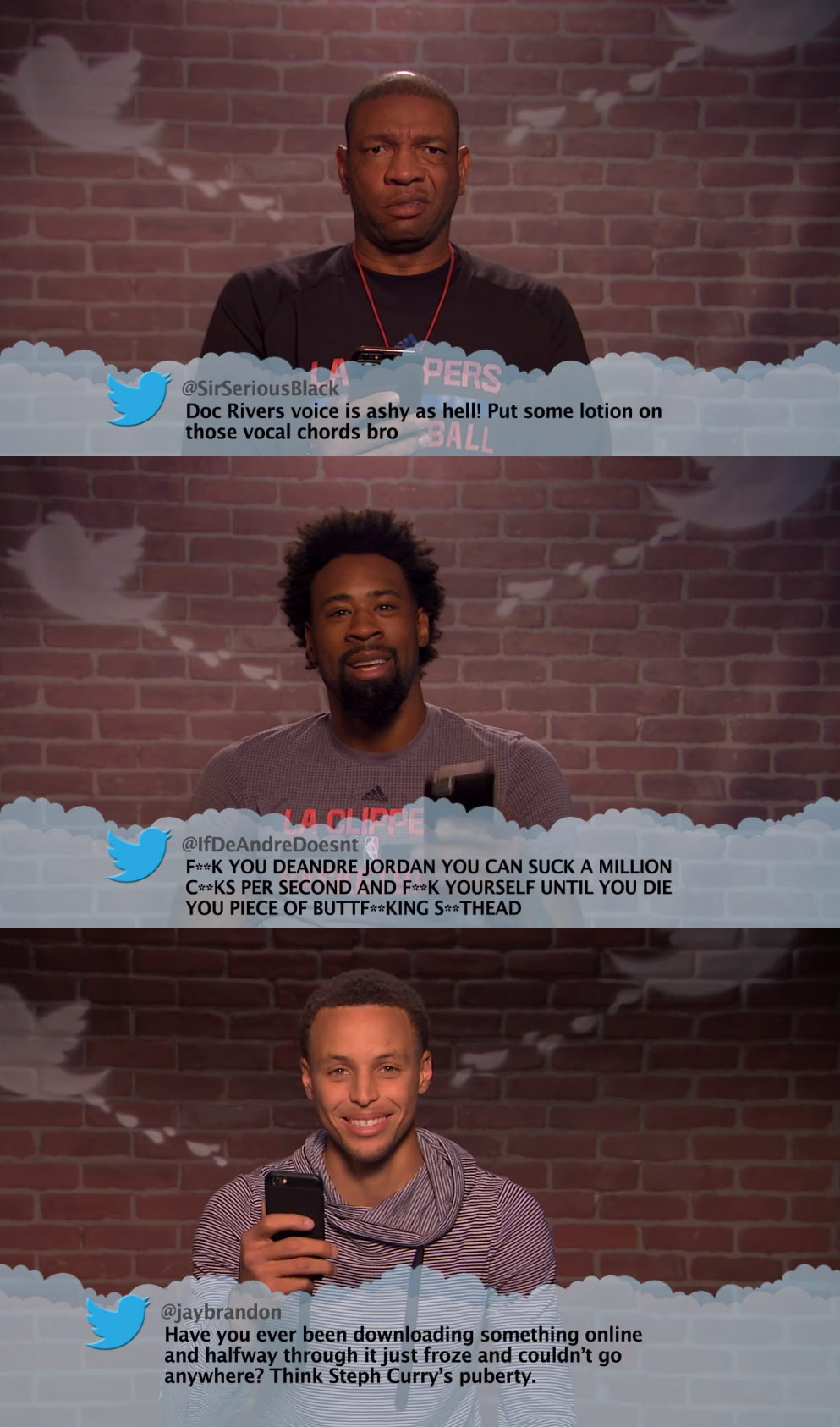