Before he was putting up rookie numbers like Shaq and David Robinson, before he became the #1 pick, before he was a star at the University of Kentucky, even before WE were even following Karl-Anthony Towns around with a camera in high school, he was a 6’9 freshman making an impression with a NBA superstar: That star was Kevin Durant.

“He was really sharp,” Durant said about his first meeting with Karl without the Anthony Towns. “He was wise beyond his years and that’s something I picked up on really as soon as I started talking to him.”

As sharp and wise as he was, Towns was also wise enough to pursue a career on the basketball court and not the sidelines. After just 8 games into his rookie season, the 20 year old already has 6 double-doubles including a 28 point/14 rebound monster performance in his 2nd NBA game.

“I really didn’t know he would be this good,” Durant said. “I hadn’t seen him play when we talked. Everybody was telling me how good he was at the time, but, y’know, he’s in the big boy league now, so if you make it up there, that says something about you.”

We are going to have wait until January 12th of 2016 to see KT and KD have a reunion. 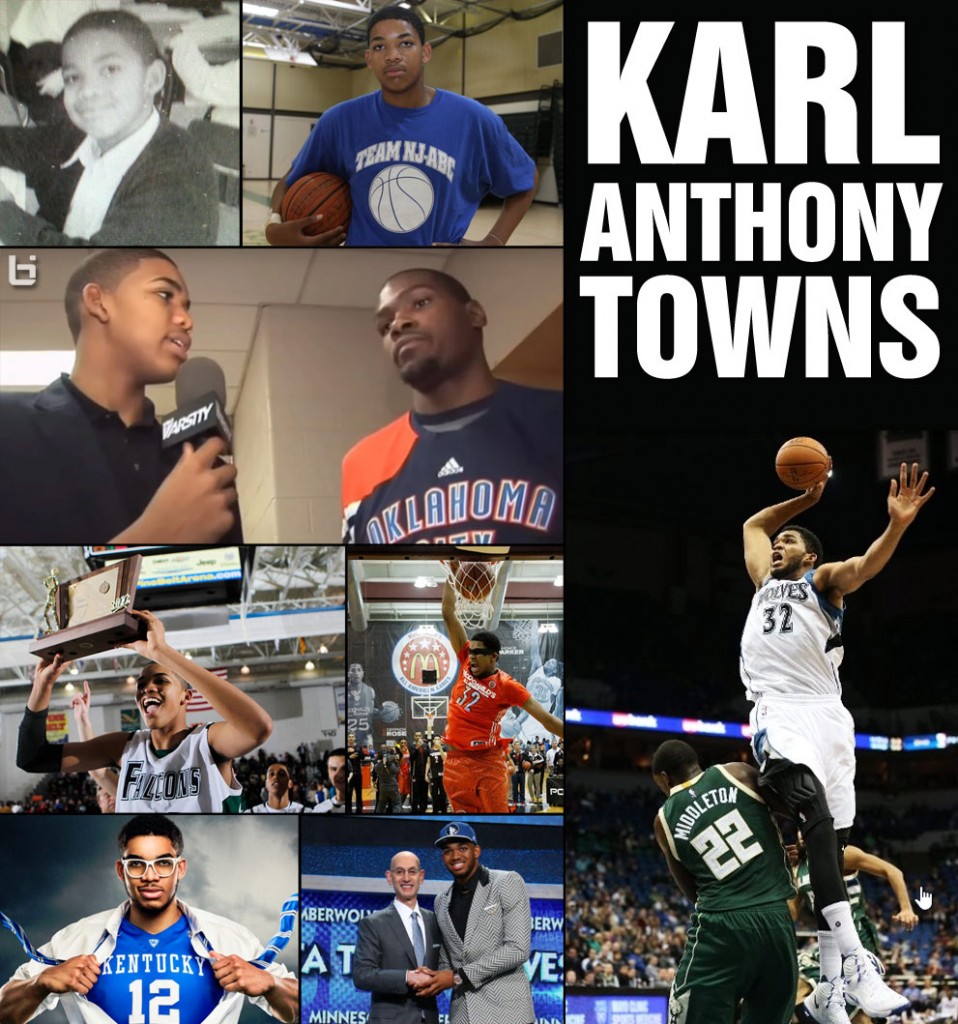