The latest work in Veniceball’s mission to bring together the world through basketball is dubbed the Watts Oasis.

The art-infused basketball court was created by Augustine Aguirre, longtime artist in residence with Watts Towers Arts Center, Gonzalo Duran, who created the Mosaic Tile House in Venice Beach, Nick Ansom, founder of Veniceball and Watts activist and muralist, Robert Miller, whose life’s mission is “to turn Watts from a gang culture to an art culture.”

Crep Protect, the Watts Neighborhood Council and the St. John’s United Methodist Church also played a major role in the project, bringing in volunteers and donations to help make it all happen.

The Watts Oasis is not just a basketball court, however, as the team of craftsman & volunteers created this one-of-kind recreational space, which includes the Oasis community Garden, contributed by Community Healing Gardens from Venice, an extension of the Watts Healing Garden at Edwin Markham Middle School. Over 20 vegetables and produce were planted in the garden for the community to enjoy. 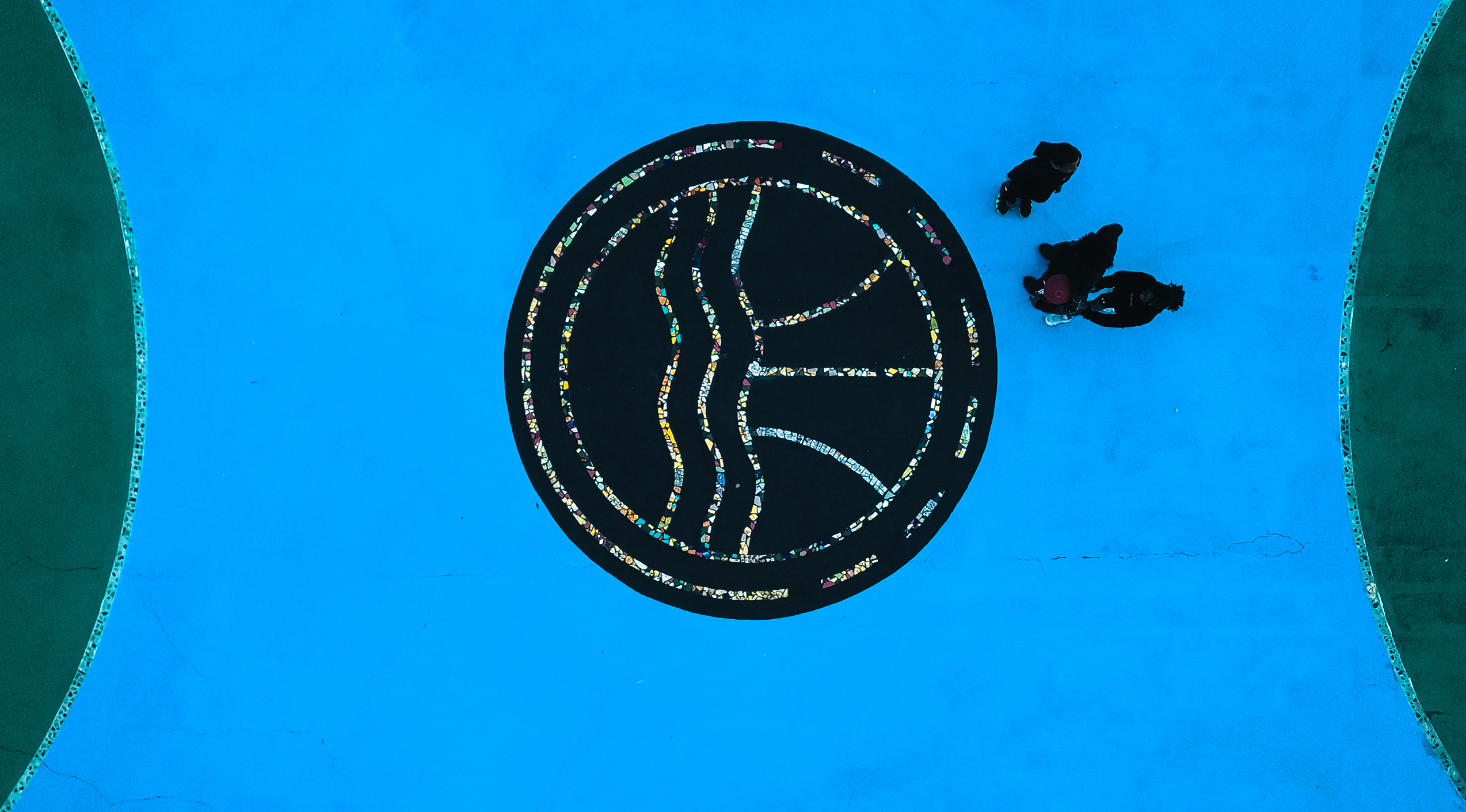 A closer look at one of the many mosaic features of the Watts Oasis basketball court. (Photo by Chris Costello/courtesy of Veniceball)

The grand unveiling of the Watts Oasis was an all-day event, bringing the community together on March 23 to not only see the final product, but also to enjoy performances by local rap legends Watts Stix & Dayly2k, as well as former Harlem Globetrotters Christon Staples and Tommy the Clown.

The event also featured a basketball game with writers, dancers and social media influencers in addition to many of the people who made the Watts Oasis dream into a reality. 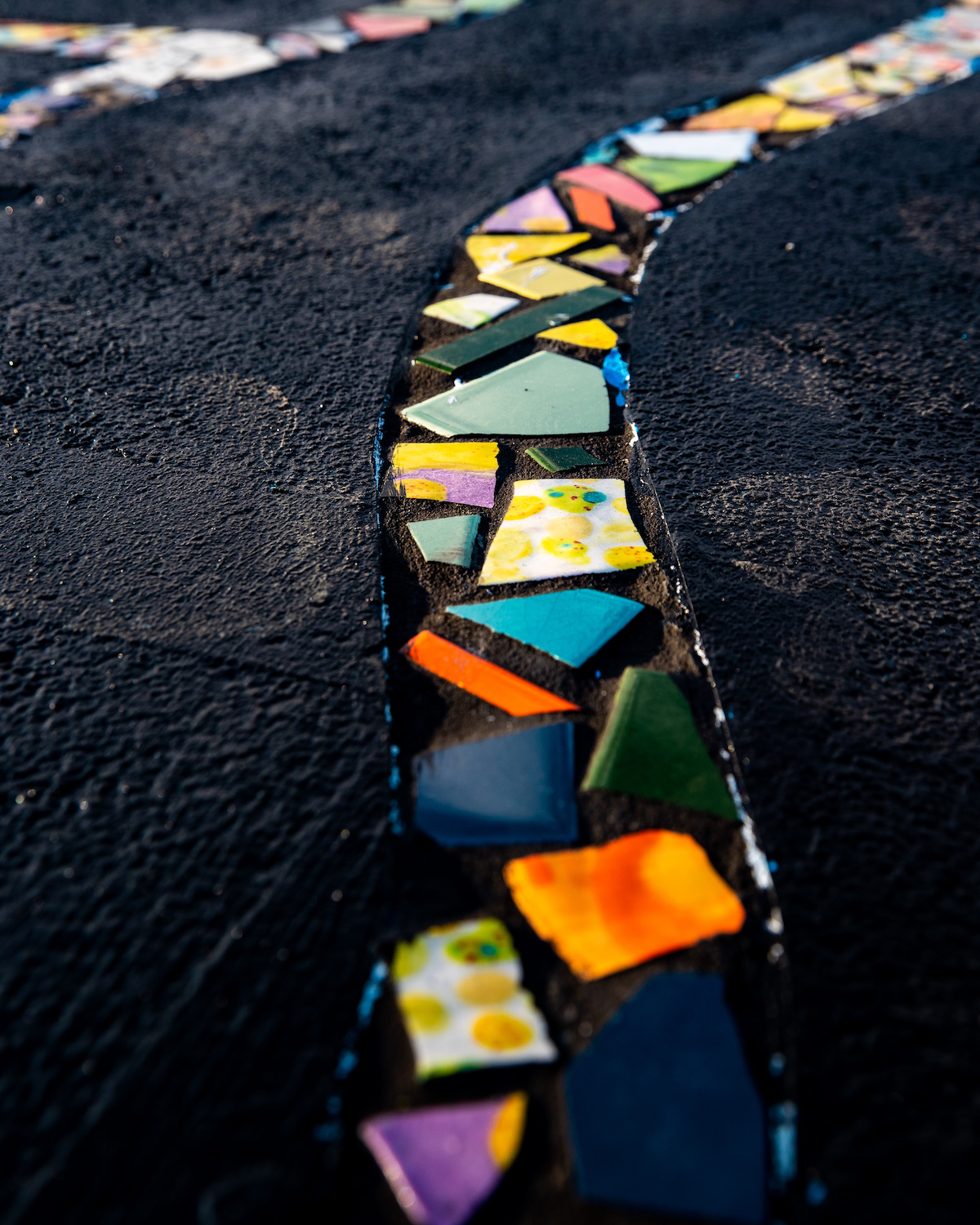 A strip of mosaic tiles used to create the Watts Oasis basketball court. (Photo by Chris Costello/courtesy of Veniceball)

“Basketball has the ability to connect and inspire communities,” said Nick Ansom, founder of Veniceball. “We have been bringing Veniceball to the Watts community for over ten years and we were so excited to be able to bring this project to life. It was such an emotional and inspiring moment when we cut the inaugural cord surrounded by the community and all the volunteers that made this possible.”