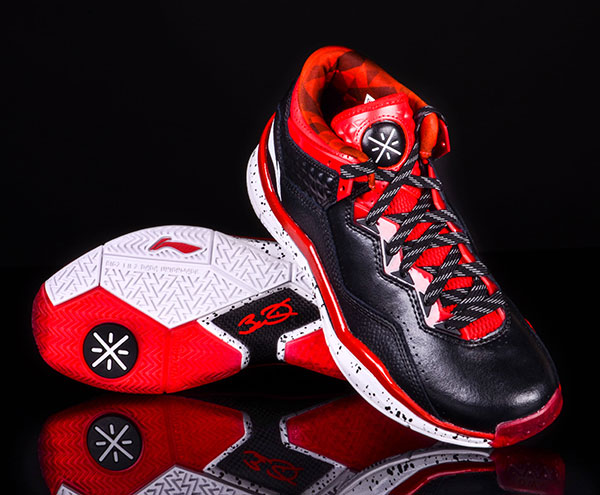 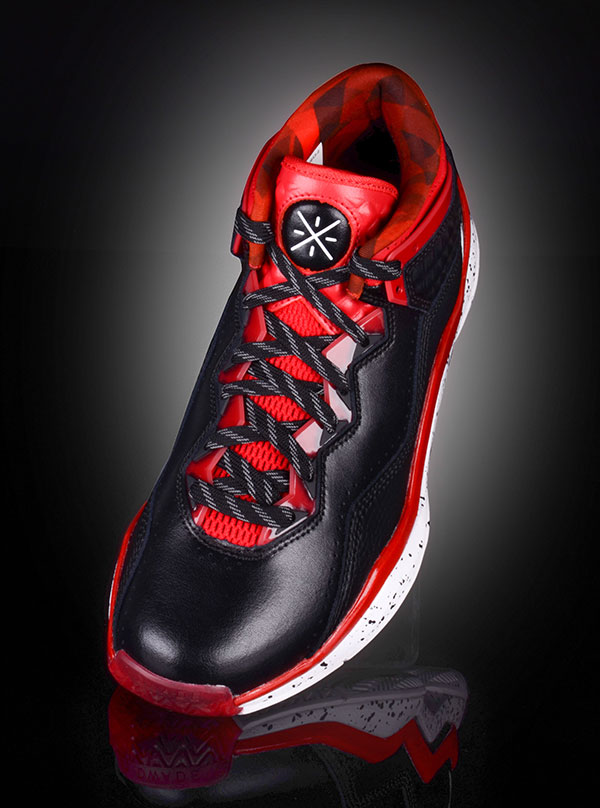 Li-Ning just dopped the new Wade of Wade 3.0 Shoe on Friday 12.13.2014 on wayofwade.com. The shoes actually look pretty dope, I like the cement print on the soles and the prism texture print on the inside of the shoe.

The WOW is the signature shoe for Dwayne Wade. Wade as you know has taken the lead role back on the Heat after Lebrons Departure. Wade is in his 12th season but is still producing at a pretty high level. His stats this year are 21.1 ppg, 3.6 reb & 5.5 assists. His assists per game are the highest they have been since 09/10 which was before Lebron came to Miami.

On a side note, this shoe was released on one of the biggest wedding dates of all time….12,13,14

This layup btw was ridiculous –

Via Li-Ning
The WOW 3.0 Announcement combines a four-layer rubber midsole/outsole, EVA, TPU and Carbon Fiber to provide extreme cushioning, making it an unbeatable shoe, no matter your position. Combining natural leather and premium materials gives the shoe sleek style, strength, durability and a secure fit for the most demanding moments on the court.

Because pace matters most, the WOW 3.0 Announcement provides a stable and athletic ride that reacts quickly, always keeping you one step ahead. Way of Wade and Li-Ning believe sneaker culture is making an impact that is bigger than basketball. It reflects the attitude and interests of different generations.

Inspiration and the Rule of 3:

Universal wisdom has proven that everything comes from the ultimate source of three, and no athlete embodies this mantra more than Dwayne Wade. Wearing the coveted number across his back for 11 seasons, Wade is a three-time NBA Champion. His leadership, fearlessness and unstoppable will to win has also garnered him Olympic Gold Medals, MVP Honors and a reputation as one of the league’s most respected players.

This same level of influence shows in his love for fashion and commitment to inspiring future stars, making the rule of three represent a new perspective on what is possible – for the game, for life, and for the culture of sport.

Releasing his third collection under the Way of Wade brand, Dwyane Wade further proves that establishing oneself as a triple threat is always the most powerful course of action. Cultivating these three dimensions of your game is the new standard for progress. Champions, leaders, and disruptors know that success in anything begins with a new perspective. Strive to be better. Move with a purpose. Make your own way.