With the game tied with 3 minutes left in regulation, Wesley Johnson threw down an and-1 dunk on Danilo Gallinari that caused Robert Sacre to flip out on the bench and gave most Laker fans a sign that the Lakers were going to get a win to make up for that 140-106 loss to the Mavs. Unfortunately for the Lakers, that field goal was the last field goal for the Lakers until OT.

As for Danilo, he redeemed himself with a big 3-pointer in OT as the Nuggets pulled away with a 101-94 win.

As for Sacre, he didn’t just cheer on the bench on Sunday, he scored 13 points in 18 minutes and actually got some “MVP” chants from the crowd. 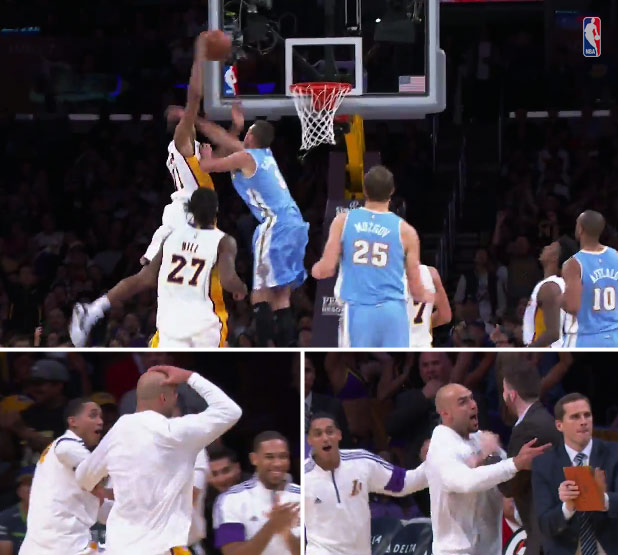