“F**k.” That’s all Russell Westbrook could say after he and Serge Ibaka unsuccessfully tried to stop a monster dunk by Karl-Anthony Towns; It’s also what I said after watching the rookie of the year favorite score 2 of his 19 points over 2 Thunder players.

Towns also had 13 boards for his 7th double double out of his last 9 games but the big numbers from him and Zach LaVine (35) weren’t enough to pull out a win.

“We played tremendously well today. This is a game we can live with,” Towns said after the 3 point loss. “We’ve just got to finish. KD hit some amazing shots at the end that really gave his team the spark to win.” 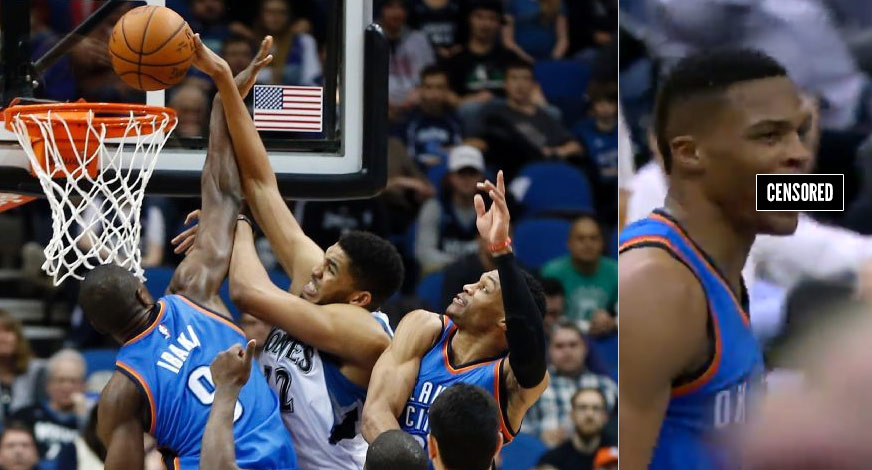