Russell Westbrook wasn’t “expecting shit” from Melbourne United and on Sunday he and his new-look Thunder looked like shit for a few quarters as they squeaked by with a one-point victory, 86-85.

Melbourne was led by Casper Ware, who Ballislife fans might remember for his MJ moment in the 2016 Drew League Championship game; he connected on five straight threes during a 27-point third quarter against Nick Young’s Juglife team and was awarded a MVP award to place next to his Finals MVP award from France. 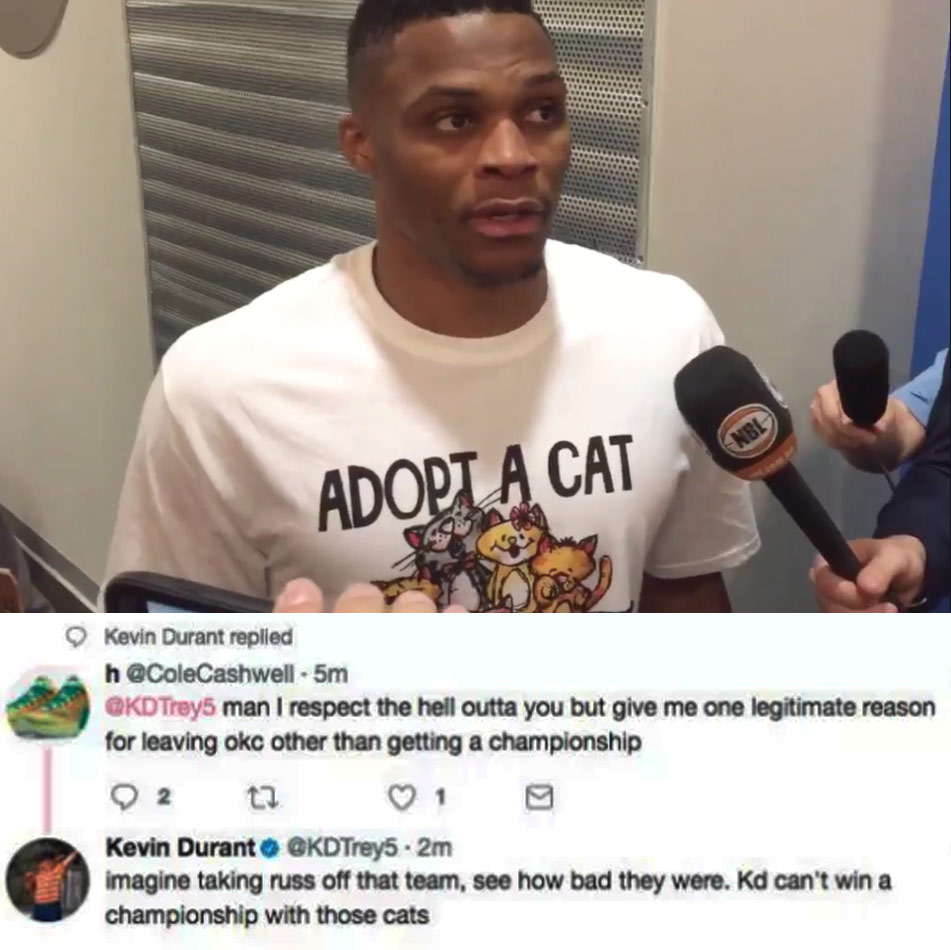 “Our defense is good. That’s all that matters, man,” Westbrook added. “As long as we defend at a high level, offense is easy. Offense is easy. So we ain’t worried about that.”

I wouldn’t be worried either, even though they were outscored in three of the four quarters and only had a total of 37 points in the second half.

Also worth mentioning is the play of Raymond Felton. The big-boned back-up for Westbrook made 3 of his 4 shots in 11 minutes. This is coming less than a week after he made 4 of 6 against the Rockets. I know it’s preseason and getting too excited or too down about any stat in these games is premature but it’s not that often we get to throw a compliment at Felton.