Russell Westbrook didn’t just surprise the world yesterday and play but he surprised us by playing like the best point guard in the NBA who has been locked up in jail for a couple of years while others guards were celebrating the consideration of being the best….and trying to take his girlfriend.

Westbrook scored 14 points in the 1st quarter as the Thunder took a 30-13 lead against the Melo-less Knicks and finished with a ridiculous 32 points, 8 assists and 7 rebounds in just 3 quarters.

“It was exciting, man,” he said. “I’m just blessed to be able to go out and play the game I love to play, especially with my teammates. The crowd was great, the energy was high. So it was fun to be out there.”

Fun but exhausting considering his (and this is scary) conditioning wasn’t the best.

“The crowd helped me out. I’ll fight through it. Just keep going and keep going, and hopefully, somebody calls a timeout.”

The best way I can celebrate the return of Russell and seeing Russell running like the Road Runner and dunking and yelling like a young Sprewell is to play the best song ever made about Russell: Russell Westbrook on a Farm by Lil Dicky! 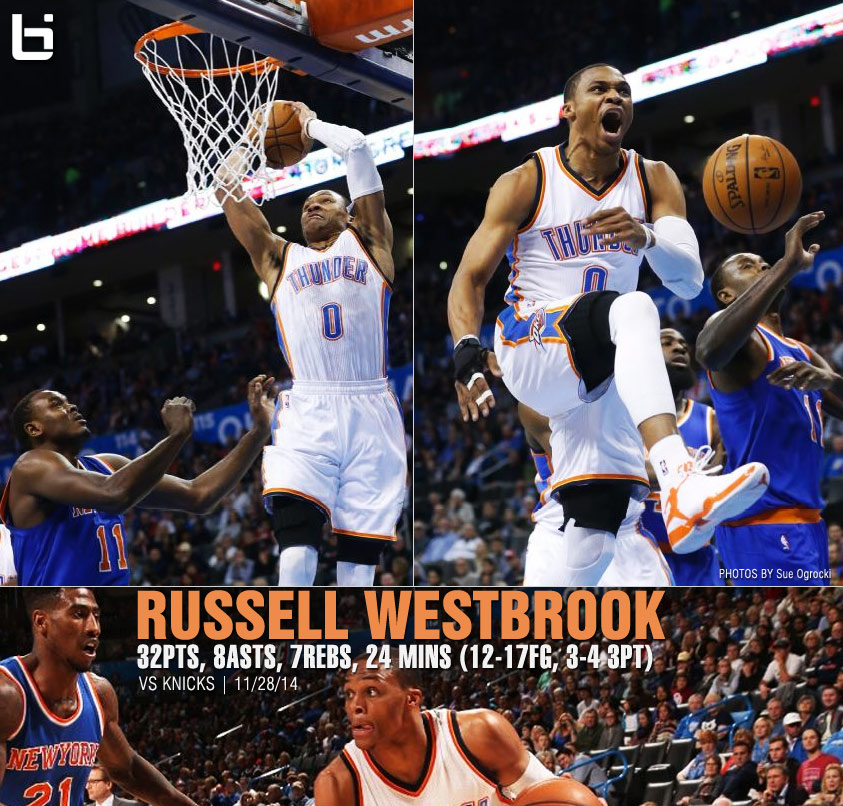