No player in the league tries to hurt the rim as much as Russell Westbrook. And on Friday night, the rim got a little payback when it somehow caused Westbrook to miss a wide-open dunk in the 2nd quarter.

Despite not getting those 2 points, Westbrook didn’t disappoint his fans and fantasy owners: He finished the game with 36 points, 12 rebounds, 7 assists and a steal. As a bonus, he showed up to the arena wearing a Slayer shirt! 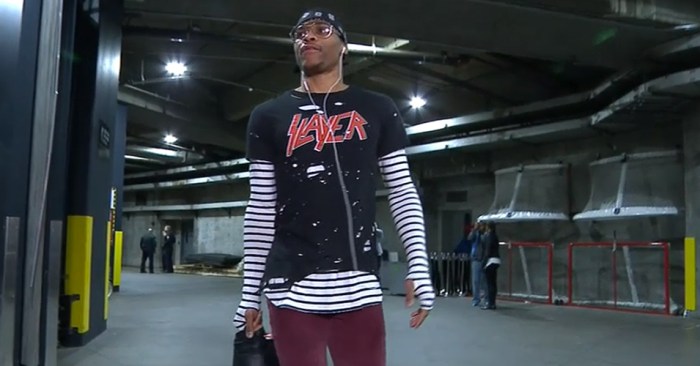