Mentioning “NBA bust” Jimmer Fredette in the same sentence as MVP candidate/best two-way player in the NBA Kawhi Leonard might sound silly to most people now, but during their college days, the two were rivals in the Mountain West Conference and it was Jimmer who was looking like a future NBA star.

Today’s throwback video goes back to 2011, when Jimmer dropped 43 points on 14-of-24 shooting in a BYU win against Leonard and his higher-ranked San Diego State team. It was the third time in four games Jimmer eclipsed 40.

Leonard finished with 22 points (8-of-20 shooting), 15 boards and 6 turnovers. He also got his revenge two months later, when he scored 20 in a 72-54 win against BYU. After the buzzer, he got in Jimmer’s face to let him know about it. 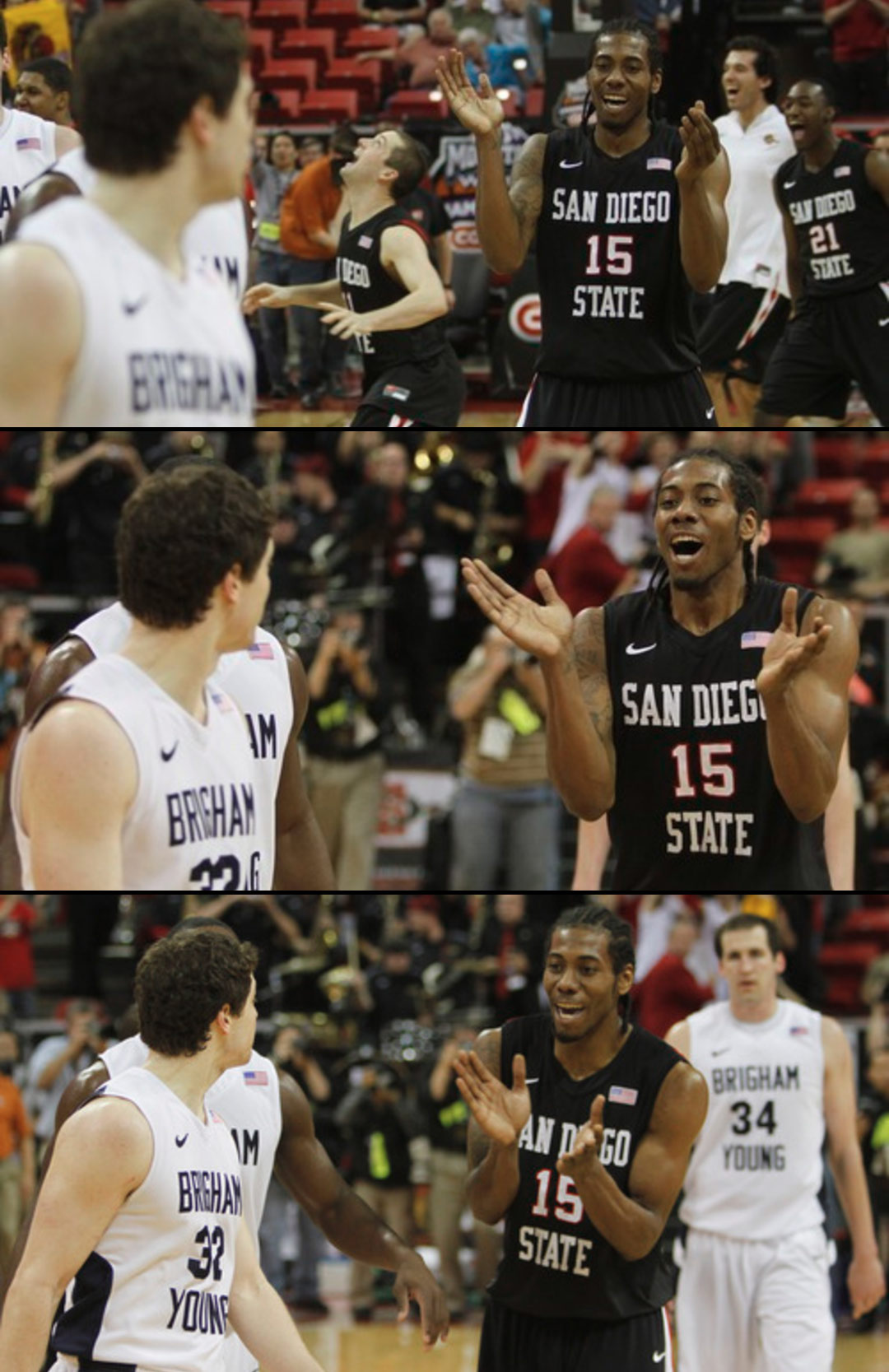 “You know, he just said some things.” Said Jimmer, who scored a game-high 30 in the loss and won MVP of the tournament. “I’m not going to repeat anything that he said. But he was excited that they won. He decided to say some things. I’m not going to back down. I said a couple of things as well, then we were done. We went forward.”

A few months later, Jimmer was selected by the Bucks at 10 in the 2011 NBA draft, then traded to the Kings (that didn’t work out well for Jimmer or the Kings); Leonard was picked five spots later by the Pacers, then traded to the Spurs (that worked out very well for Leonard and the Spurs). Four years later, the Spurs brought the two together by signing Jimmer during the off season. After just two preseason games, Jimmer was cut.

Since his brief stop in San Antonio, he’s been collecting passport stamps and putting up Wilt Chamberlain-like numbers in the D-League and China, where he is known as “The Lonely Master.”