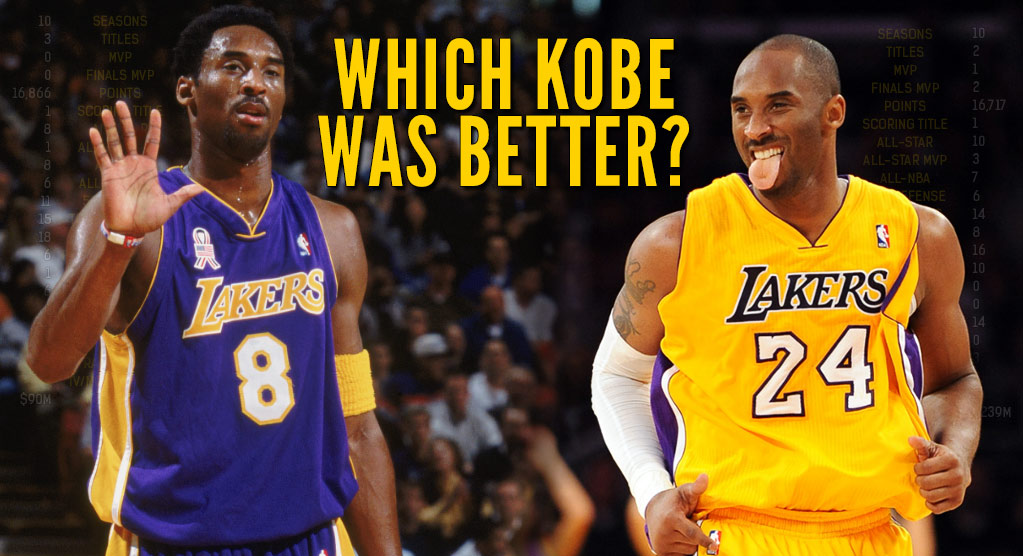 Kobe Bryant will have his No. 8 and No. 24 jerseys retired at Staples Center tonight. When the announcement was first made about Bryant getting two numbers lifted to the rafters to hang next to Wilt Chamberlain (13), Elgin Baylor (22), Gail Goodrich (25), Magic Johnson (32), Kareem Abdul-Jabbar (33), Shaquille O’Neal (34), James Worthy (42), Jerry West (44) and Jamaal Wilkes (52), some critics called foul.

In defense of the decision to raise both numbers of the 12 x All-Defensive member, his decade of numbers and accomplishments as No. 8 and No. 24 are pretty similar and both Hall of Fame worthy. ESPN’s Ramona Shelburne made a pretty short and sweet argument in favor of the decision with this tweet: “It’ll be pretty hard for someone else to wear the other one.” That’s true. Then again, the Thunder let undrafted rookie P.J. Dozier have Kevin Durant’s No. 35. But, saying KD isn’t as loved in OKC as Kobe is in LA would be the understatement of the decade.

Before we get into a bunch of stats and videos of people discussing the decision to raise two numbers and argue about which version of Kobe is better, here’s the origin behind No. 8 and No. 24.

Kobe started his high school career wearing No. 24 then switched to 33, which was his father’s number. 33 wasn’t available in LA since it was the retired number worn by Kareem Abdul-Jabbar and 24 was taken by George McCloud. He chose No. 8 because he wore it in Italy and supposedly because his ADIDAS ABCD Camp number was 143 (1+4+3=8). In need of a “clean slate” after his rape case and dramatic divorce from Shaq, he changed his number to 24 before the 2006-07 season.

So, who was better: No. 8 or No. 24 Kobe? Here’s a list of stats and accomplishments to help you decide. I also included some stats to help you decide which was a cooler Kobe. Stats like how many (unreleased) rap albums he created and how many cameos he made on TV shows and films (documentaries excluded). Also, keep in mind, Frobe wore 8 and the Kobe who called his teammates “soft like Charmin motherfuckers” during an epic practice rant wore 24.