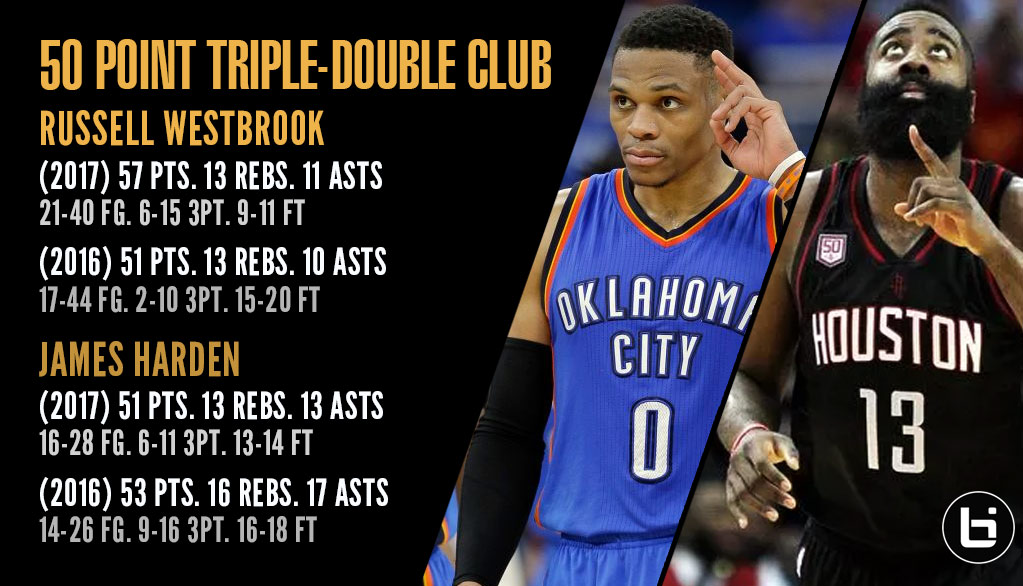 Before this season, you would have to go all the way back to 1975 to find a 50-point triple-double. January 19th of 1975 to be exact. That’s when a Milwaukee Kareem Abdul-Jabbar put up 50 points, 15 boards and 11 assists (I bet you thought it was going to be blocks) in a win against the Blazers. Before Kareem, the only players to ever accomplish this was Wilt Chamberlain (2), Elgin Baylor (2) and Richie Guerin.

And somehow, Russell Westbrook and James Harden have both pulled off the rare accomplishment twice (so far) this season. And what’s more shocking than the fact that we just had four instances of this feat is the fact that people aren’t as blown away as they probably should be. The reason is because the two MVP candidates are having fantasy God seasons filled with so many stat busting performances that impossible sounding ones — like 57 points — just sound like another day in a game of can you top this from the former teammates.

Was there one that stood out more than the others? Let’s look back at each and see if we can pick a winner.

AND THE WINNER IS….

If we go by point totals while playing in Fan Duel or Draft Kings then The Beard wins with the only 50/15/15 in NBA history. I’m leaning towards rewarding Beastbrook for the 57 game and not because it’s the highest scoring total out of the all the instances, it’s because of how clutch he was in the second half. But, do we reward the guy who helped his team win by hitting the big shots at the end or the guy who put his team in a position where a game-winner wasn’t needed.  It sounds like I’m actually arguing the MVP question and not the 50-point one. I guess I’ll take the easy way out and say they are co-winners. 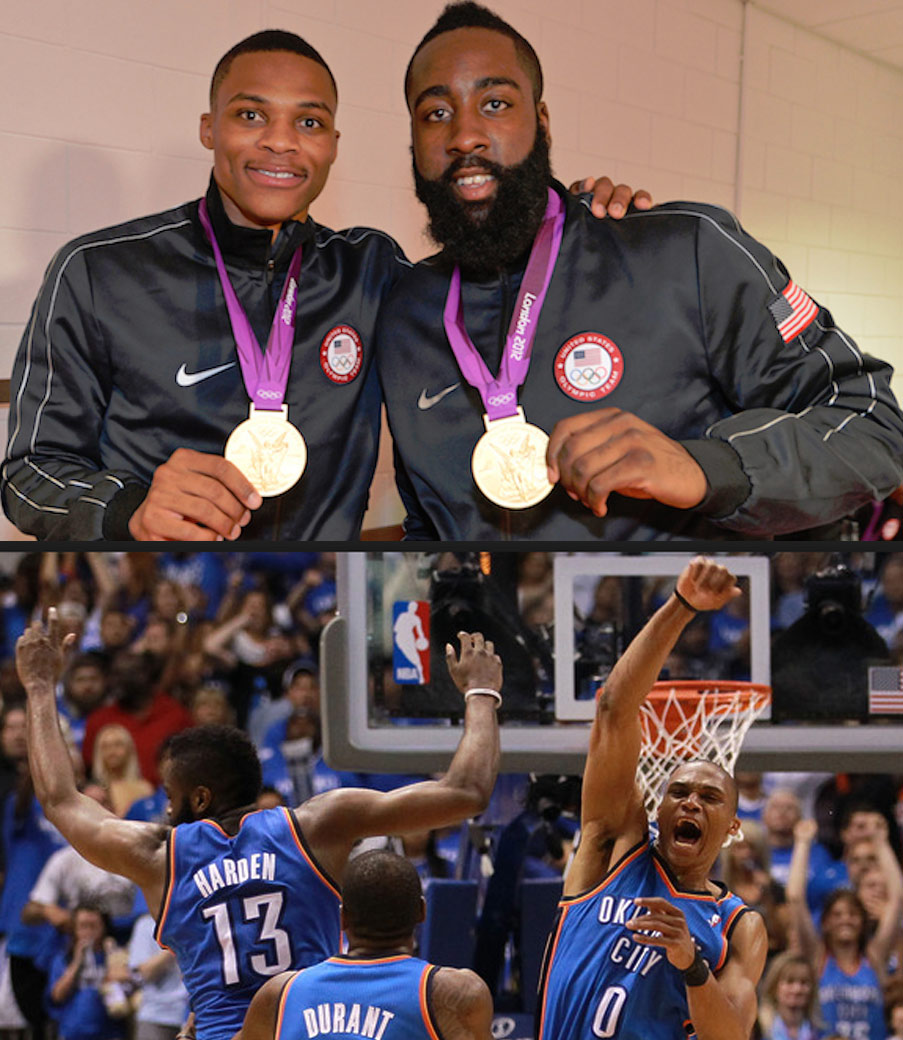