About 2 years ago, my wife came home and said “I was in an elevator with Dikembe Mutombo and I think he was flirting with me but I couldn’t understand him.”  I said he probably said “Who wants to sex Mutombo?” That line is from a legendary rumor about the NBA great walking into a club during his Georgetown days and saying “Who wants to sex Mutombo.”

Deke gave the story his famous finger wag a few years ago, but I’m going to have to go with Zo on this one.

But who needs pick-up lines at a club when you have dance moves like this.

Regardless if he did or did not say “that crap,” I had a blast watching the NBA dunk contest with Deke at All-Star weekend and listening to him crack jokes about the contestants.  He’s easily one of the funniest players ever and he’s right up there with Darryl Dawkins who was also in the suite. I wish I could share more. 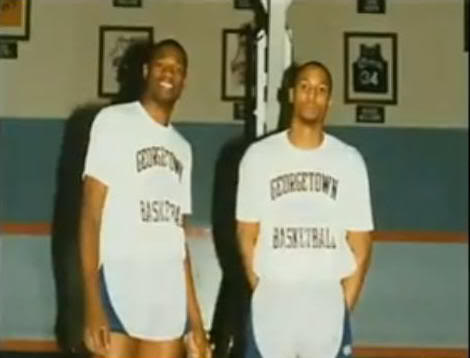