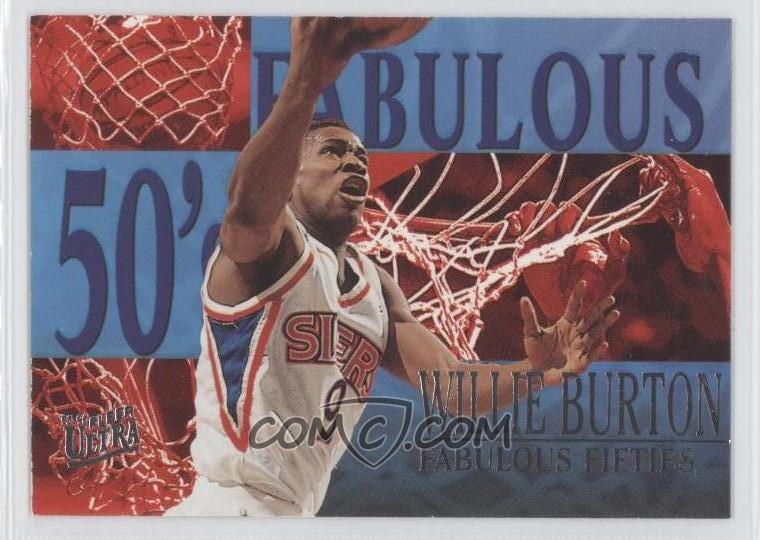 The odds are if you are under the age of 30, you know less than nine people who know who Willie Burton is.

Willie, the 9th overall pick of the Miami Heat in 1990, often only pops up in trivia questions and articles about lesser-known guys that have scored 50 in a game. That happened on December 13th of 1994, as a member of the 76ers, when Willie scored 53 against his old Miami team that just cut him a month earlier. More impressive is the fact that he only attempted 19 field goals…but he did attempt 28 free throws and made 24 of them.

Another piece of amusing trivia is that Burton has the fewest amount of career points for any player who has ever scored 50 points in a game. Yes, even less than his teammate Dana Barros (you don’t have 53 friends who remember him either) who also went for 50 a couple of months later.

Burton averaged a career-high 15.3 points per game that season and then played out the rest of his long basketball career mainly overseas in the CBA, USBL, IBL with frequent short stops back in the NBA.

You can watch highlights from Burton’s 50 point game here.

We also have to give Willie a shout out for going back to school and getting his bachelor’s degree in 2012 – 22  years after leaving the University of Minnesota just 4 credits shy of graduation.