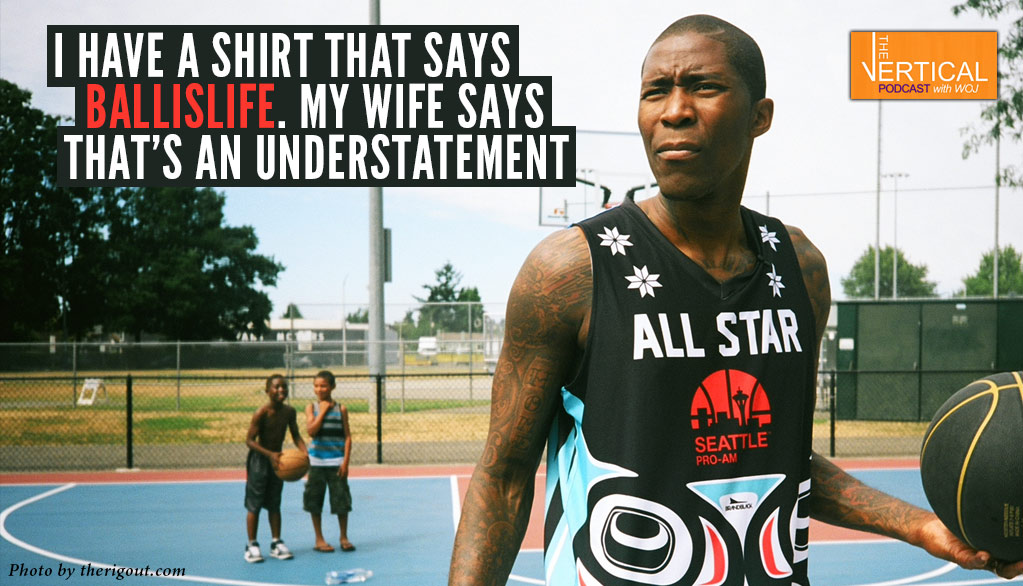 Jamal Crawford aka Benjamin Button joined Adrian Wojnarowski on the latest episode of “The Vertical Podcast with WOJ” to share some amusing stories from Crawford’s 17-year and counting career. The story which will probably get the most attention is about former teammate (twice) Eddy Curry and how Chicago native Kanye West was “in awe” of the former Chicago high-school star and Bull.

“We traded Elton Brand for him because he and Eddy weren’t going to be able to play together and Elton was a bonafide 20 and 10 guy who just won Rookie of the Year.” Said Crawford about Eddy, who used to also play with Jamal on Jay-Z’s Rucker Park team. “Me and Eddy we went to the Vibe Awards, we were in L.A. on a trip, and Kanye West was there. A younger Kanye west, he was just producing mostly, he saw Eddy Curry and he was in awe. Like, he knew everything about him, he was like, looking up at him like, That’s Eddy!”

Here’s a few other great moments from the must-listen (every Jamal Crawford conversation is a must-listen) podcast.

A few of these stories were also discussed and elaborated on in our mini-documentary/interview with Crawford. If you are a Crawford fan, I highly suggest you watch the entire thing (and I’m not just saying that because I’m the one interviewing him).