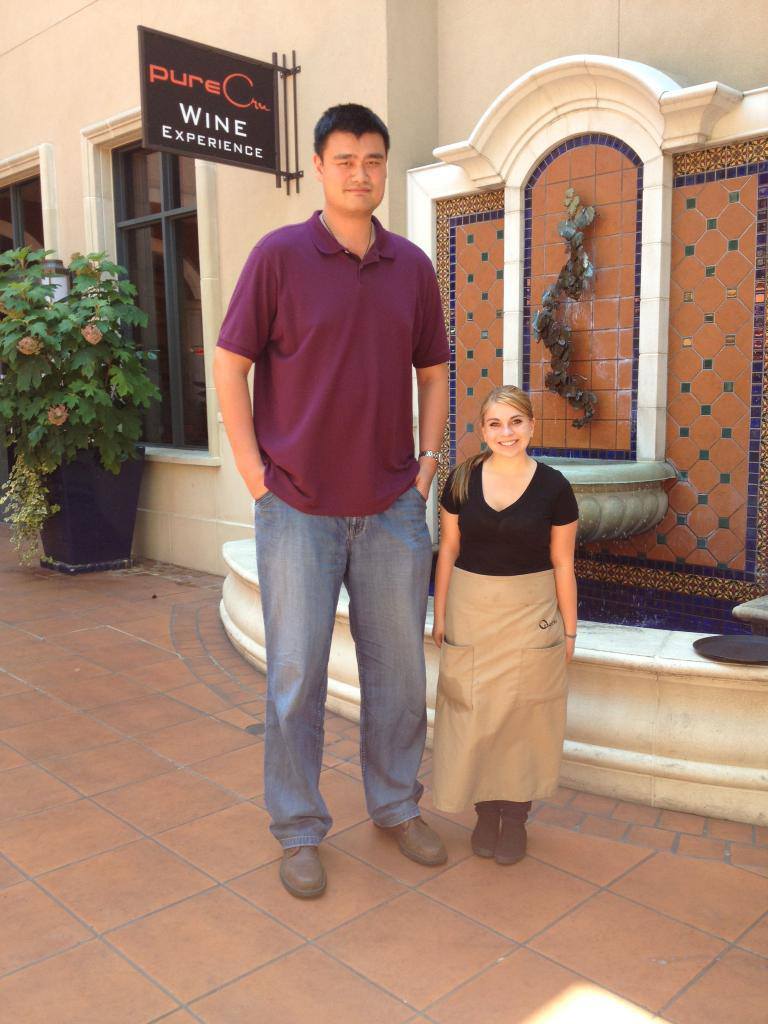 Why is there no Disneyland in China? Because no one’s tall enough to go on the good rides.

That has to be the one of the worst jokes about Chinese people I’ve ever heard, especially considering there’s giants like Yao Ming in China.  Now if they said Vietnamese people it would be a different story.

It’s not that I forgot how tall Yao Ming is or how a 7’6 man looks next to a common size woman but I just came across this pic (above) and pics like that still makes me shake my head as well as come up with some very NSFW jokes.

Just last week, we had another reminder of Yao’s height when he returned to Houston for the arrival of Dwight Howard.  He took the stage next to Dwight, Elvin Hayes and the Twin Towers of the 80s and still looked like a giant.