Ball is life but BALL IS NOT LIFE! Meaning, basketball is not worth taking and/or losing one’s life over.

Earlier this week I heard about a youth (YOUTH!) basketball coach in Oakland who was hospitalized after he was beaten at a basketball tournament. Broyce Batchan – a volunteer coach of the East Bay Soldiers AAU team and father of five – suffered a swollen eye, fractured bones in the face and a fractured knee…..so what did this coach do to “deserve” a beatdown?

The Soldiers had raised some concerns about the accuracy of the ages of some of the players on the team they were about to play, which had players from Sacramento and East Contra Costa County.

“I remember going outside and one of the (other team’s) parents kept threatening me,” said Batchan, who turns 49 on Monday. “I looked up and the coach appears in my face and started going back and forth about karma. He wanted to fight, and I walked off like I wanted to be done with it, but he pushed me. Then I squared up and I’m looking right at him, and I got punched from the back. There were four or five people around me and the punches started raining down.”

The attack finally ended and police and medical personnel were called.

According to his wife, her 11 year old son found his father/coach bloody in the parking lot.

“This should not have happened over a youth basketball game,” said East Bay Soldiers coordinator Diana Harris. “Hopefully, this will rattle the cage and get the youth sports community to hit the reset button, because this is not right.”

A reset would be nice but I think we need a delete button with many people, organizations and beliefs in youth sports right now. 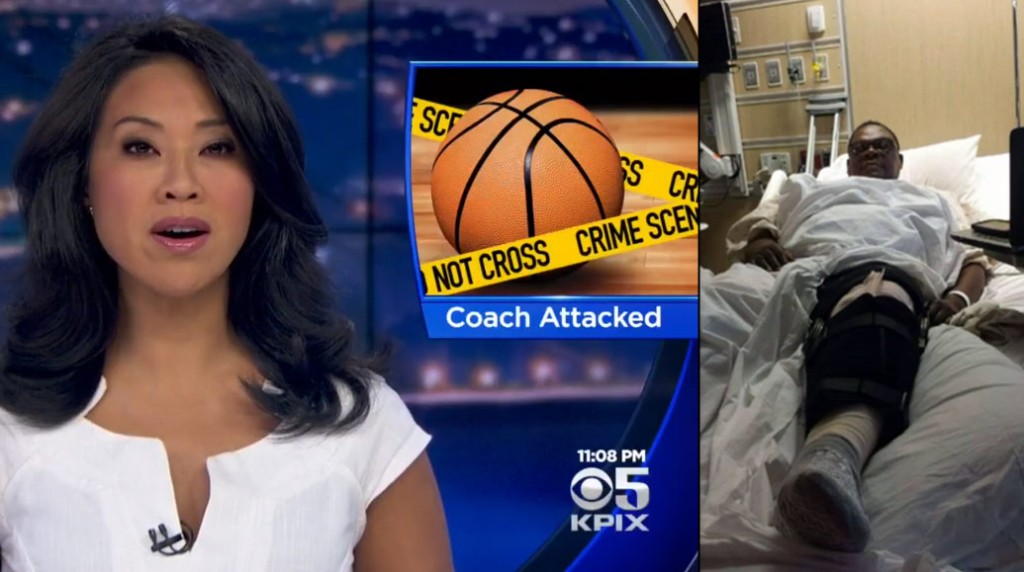