Let’s take a look at everyone’s favorite to win the 2015 dunk contest – Zach LaVine.  Last night he caught an alley-oop and had a tip dunk against the Celtics. They were good plays and decent dunks but nothing worthy enough to make people say stuff like “this is why he’s going to win the dunk contest” or “watch LaVine warm up for the dunk contest.”  But they did and more.

The reason why LaVine is in and should win the dunk contest is because he can do this.

Not because he can do this.

I’m more impressed with LaVine hitting 7 of 9 shots, 1 of 1 from 3, getting 3 steals and dishing out 6 assists in just 24 minutes. 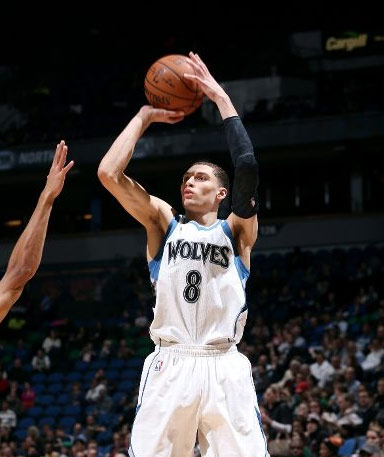