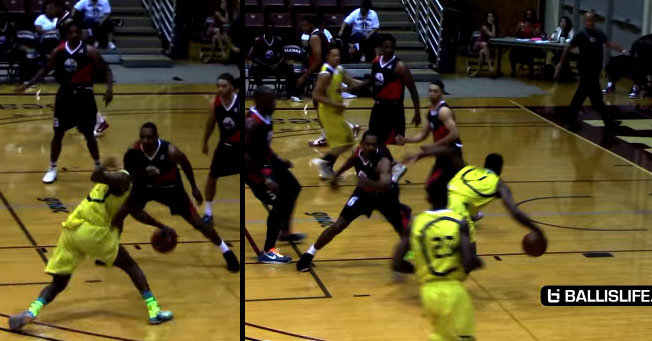 Seriously? Are we really celebrating the 2 year anniversary of Tony Wroten crossing a defender at a Seattle Pro-Am game? Yes we are! We celebrated the 1 ...(Read more)

Seriously? Are we really celebrating the 2 year anniversary of Tony Wroten crossing a defender at a Seattle Pro-Am game? Yes we are! We celebrated the 1 year so why not 2…not 3, not 4, blah, blah, you know how the LeBron quote goes.

If you are wondering where Tony is now, after being waived by the 76ers right before Christmas, he signed with the Knicks in March. Hopefully he’s fully recovered from his ACL injury and can start putting up those fantasy friendly numbers we saw him from him before his injury.

So let’s do a Wroten version of ‘I still know what you did last summer (why was the movie sequel called “I still know” when the movie takes place 2 years after the summer incident?) and look back at a few of his best summer videos (and think about Jennifer Love Hewitt), starting with his 53 point Pro Am debut.

And for hoop fans of JLH & the movie ‘I know what you did last summer.’