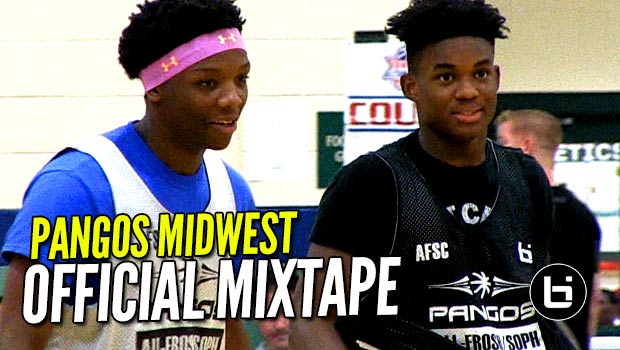 Check out this Official recap mixtape of the 2016 Pangos All-Midwest Frosh/Soph Camp held in La Grange, IL. As you will see, there was tons of ...(Read more)

As you will see, there was tons of talent in the gym from 8th graders to 10th graders.
Click here to Read More

States represented included Illinois, Indiana, Iowa, Wisconsin, Michigan, Missouri, Tennessee, Nebraska, and more! You can see and read about the the crazy ending to the Pangos Midwest camp here!

There were many standouts but Class of 2019 Kansas commit Markese Jacobs from Chicago Uplift was the standout from day 1 which you can see here!

For more info on future Pangos events, visit FullCtPress.net and watch Ballislife.com for the recaps!
For more Midwest high school basketball mixtapes watch and subscribe to Ballislife Midwest youtube channel and follow @scottballislife on Instagram and @BallislifeCHI on Twitter.
Thanks for watching and subscribing!