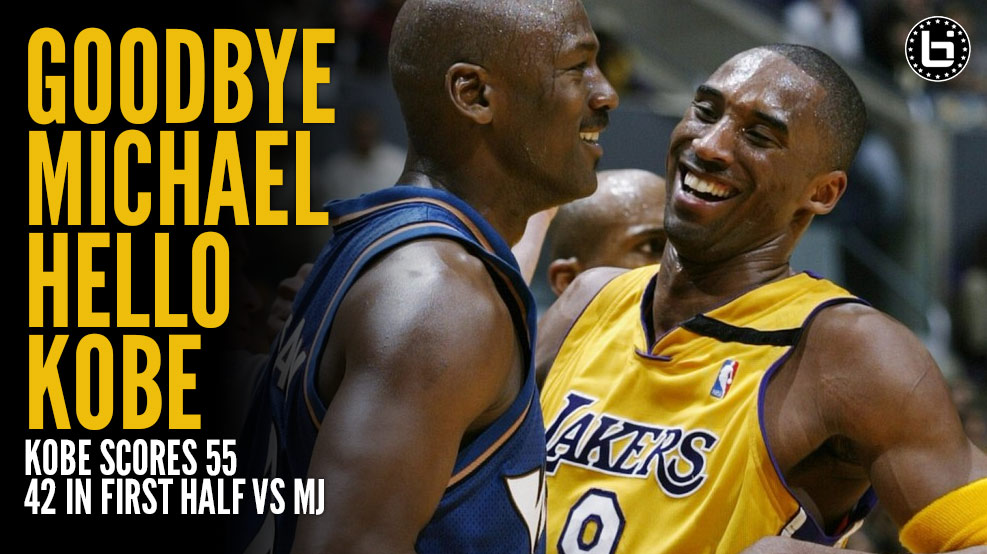 There was a fan in the crowd waving a sign that said “Goodbye Michael, Hello Kobe” during Jordan’s final game vs the Lakers in 2003. It ...(Read more)

There was a fan in the crowd waving a sign that said “Goodbye Michael, Hello Kobe” during Jordan’s final game vs the Lakers in 2003. It was the perfect sign for this “changing of the guards” or “passing of the torch” game.

“He was hot. We tried to keep him on the perimeter; we went out on him and he was still hot. He kept them in the game in the first half,” said Jordan.

Kobe’s play was probably inspired by Jordan’s hot start and an MJ video tribute shown between the first and 2nd quarter: Bryant made 9 shots in a row and scored 23 consecutive points for LA in the 2nd quarter.

“That was an incredible demonstration,” Jackson said. “It came to a point where there was that curiosity factor: Was he going to hit 80? I’m sure it went through his head.”

It must have gone through Phil’s head too when he decided to put Kobe in for a few more minutes in the 4th quarter when the Lakers had a comfortable lead.

“It shocked me. I thought I was done. I’m getting too old for Phil to surprise me,” Bryant said with a grin.