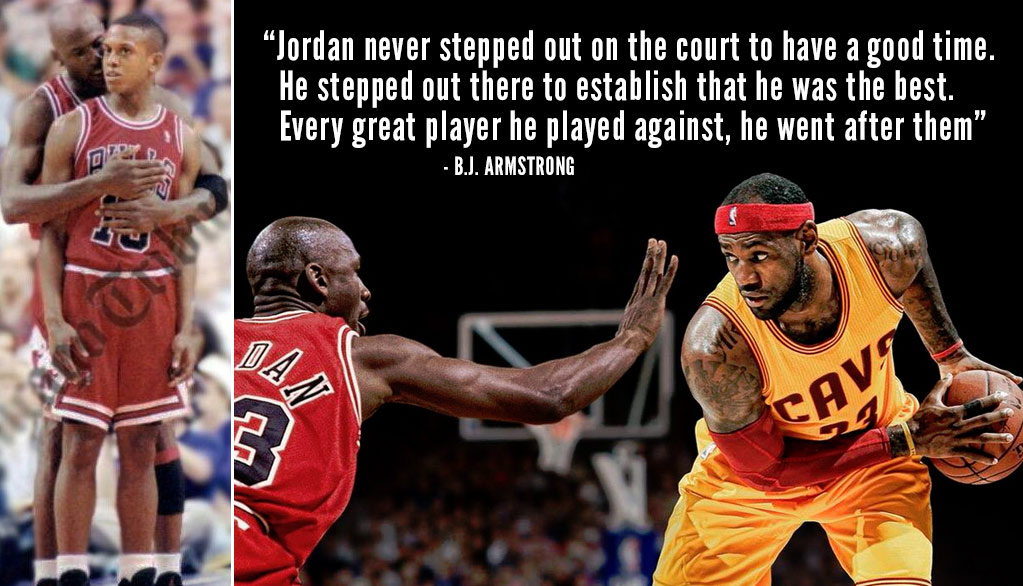 One of the biggest trending stories yesterday was LeBron James’ “My motivation is the ghost I’m chasing. The ghost played in Chicago” quote from a new Sports Illustrated article. One of the ghost’s former teammates, 3 x NBA champ, 1994 NBA All-Star Starter (Mark Price or Penny Hardaway should have been the starter but that’s a story for another day) and now NBA agent B.J. Armstrong, had some interesting things to tell ESPN about LeBron’s motivation.

Chasing a ghost is in make-believe land. That’s far-out, that’s unattainable, that’s something you can’t achieve. This ain’t no ghost. If you want to do it, there’s a blueprint. It’s possible. There’s only one way to get there. It’s not possible for him to do what Jordan did because the circumstances are different, everything is different. What is possible for him is to be bigger than every situation that’s put in front of him, to dominate every situation that’s in front of him.

Here’s a few more interesting things Armstrong had to say about LeBron and how Michael Jordan approached the game.

I’m saying this because this next generation of young players, every time you step on the court, there needs to be a sense of urgency. “No joking around. Michael Jordan was the greatest practice player I’ve ever seen.

I want these young kids to have that mentality. Jordan had phenomenal talent. He had phenomenal understanding. But he also had a mentality that I haven’t seen. He had a sense of urgency every time he stepped on the floor.