One of my favorite songs to rap and sing a long to this past summer was “Dang!” by Mac Miller and Anderson .Paak. It’s been a few weeks since saying the title but on Sunday, Miller had me screaming “Dang!” when he hit the floor trying to guard streetball legend Bone Collector in the Power 106 celeb game.

Yeah, yeah it was probably a double-dribble, carry and possibly another violation in a normal basketball game but in a fun setting like this, BC’s move is just called nasty. So nasty it faked out the camera-man (What’s up Billy!) in the video above and had every player from Chris Brown to Tank to The Professor celebrating and/or clowning Mac for being shook out of the Nikes…wait, Under Armours on his feet (fans of “K.I.D.S” will get it)?  The move was so nasty, coach D’Angelo Russell had to tell BC to hit the locker room early because the sponsors can’t afford any more possibly injuries.

I've been watching this dude since (and one) days but what a treat to watch it live and in person. Always knew he was sick but the real game speed is amazing. Thanks for the great show @bonecollector6 #power106celebritybasketballgame #power106allstars #ballup #anklebreakers #galencenter #usc #ballin #ballislife #goteem #macmiller #jaysean #artistsgoingdown

Speaking of D’Angelo, the young Laker was wearing a pretty cool shirt honoring a former Laker great and teammate of his. 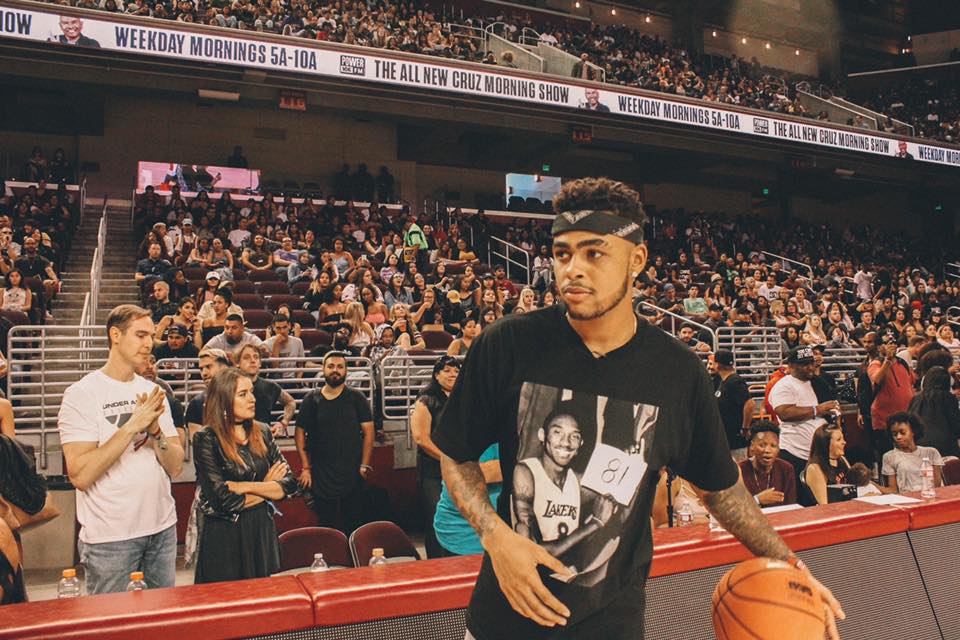 And here’s the clip of Chris Brown you will probably hear the most about today: CB and a few other players refusing to stand for the national anthem on the 15th anniversary of the 9/11 attacks.

Anyways, back to Mac Miller, here’s his song “Dang!” with Anderson .Paak and a favorite of mine featuring the very, very underrated band, The Internet!