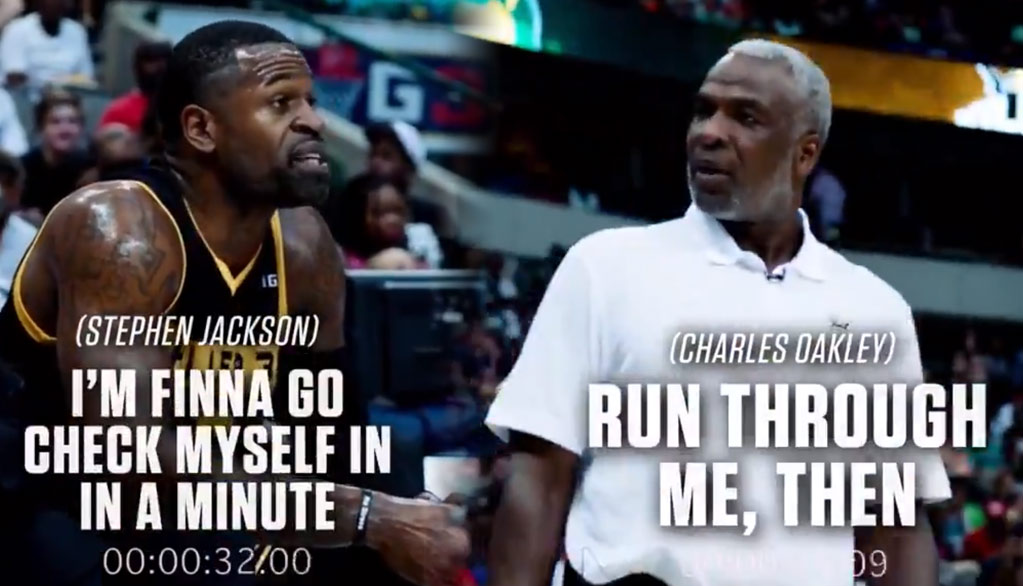 Oversensitive media members and people in search of a perfect PC world weren’t the only ones who got a little annoyed by Knicks legend (Yes, I ...(Read more)

Oversensitive media members and people in search of a perfect PC world weren’t the only ones who got a little annoyed by Knicks legend (Yes, I said LEGEND) Charles Oakley this past weekend. A day after saying a lot of today’s players are sensitive and some “should be wearing dresses while they play basketball” during the I Am Rapaport live podcast special with members of the Big 3 league, the Big 3 coach got into a heated argument with  Stephen Jackson after Oakley took him out of one of the games.

The difference between Jackson and some of the players Oakley and Gary Payton roasted during the Podcast is Jackson didn’t get his feeling hurt and he wont be crying to the media, social media, his agent and team management asking for a trade or the firing of his coach. Instead, he responded by putting up numbers (23 points and 9 boards), getting the W and praising the coach during a post-game interview (with Michael Rapaport).

As for those original “sexist” comments by the man who once slapped Charles Barkley during a NBA lockout, I asked him if he thought people were overreacting to his “wearing dresses” comment and he responded with the perfect old school Knicks response I was expecting.