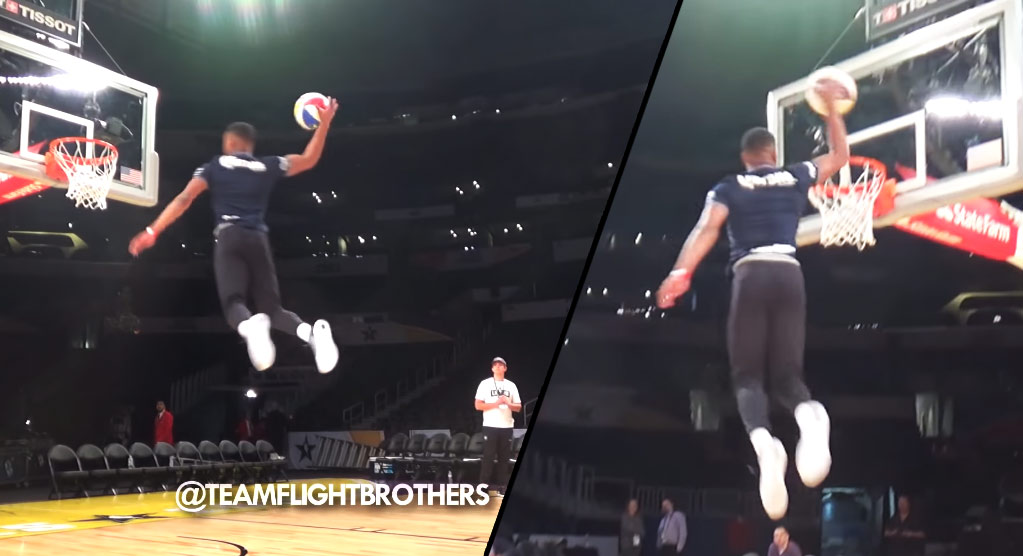 TFB’s Charles Millan aka “The Dunk Whisperer,” just released some cool footage of him helping 2018 Dunk Contest participant Dennis Smith Jr before the All-Star weekend event. In the video, the rookie born with an extra ligament didn’t do anything that creative but it’s still impressive and worth watching because of Smith’s ability to get his head over the rim. I know, I know, the camera angle makes him look like he’s getting higher than he really was but you could have shot this footage with a drone and Smith’s head still would have been right at the rim.

Here’s a few more dunks that doesn’t sound great on paper but is mind-blowing to see in person.

Despite wearing a Black Panther mask, the NBA’s MIP candidate wasn’t any more memorable in this year’s event as he was in 2015, when he lost to Zach LaVine. I don’t think things would have been much different if he would have throw down this 360 tap off the glass dunk but it probably would have given him a 50.

And here’s the winner of the event.

Some people thought Smith (and Nance) was robbed and Mitchell shouldn’t have won the event. My response is, I’m glad Mitchell won something this year because he deserves the 2017/18 Rookie Of The Year award and I don’t think he will get it because of that (very impressive future All-Star) 76er, who played in the 2016 NBA summer league.