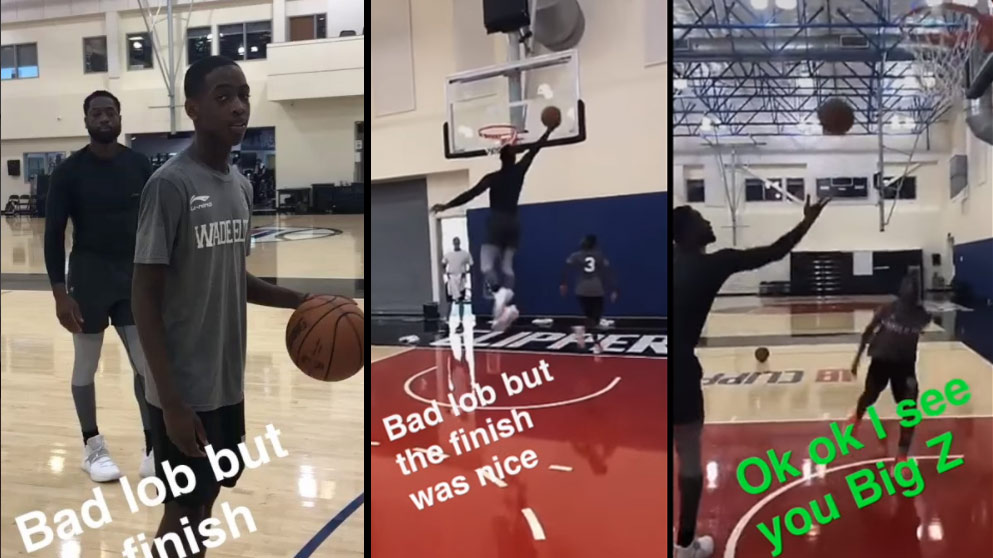 #ReadABookDayِ One of my favorite books about being a father pic.twitter.com/CuuiJfxffs — David Astramskas (@redapples) September 6, 2017 Last Wednesday was #ReadABookDay so I posted a ...(Read more)

Dwyane and Zaire Wade Throw Lobs To Each Other

#ReadABookDayِ
One of my favorite books about being a father pic.twitter.com/CuuiJfxffs

Last Wednesday was #ReadABookDay so I posted a bunch of my favorite books by topic. For books on “Being a Father,” I chose Dwayne Wade’s ‘A Father First.’ It’s a must-read for Dads even if you don’t like 3 x NBA champion because he destroyed your Dallas team in the NBA Finals (with a little help from the refs) or because you just hated the sight of him throwing and catching lobs to and from LeBron James.

On Saturday, his 15-year old son Zaire played the role of King James in Miami by throwing lobs to the 35-year old Dad.  He even caught one from the proud looking, bearded Pop.

Watching this video reminded me of the time Zaire criticized his Dad during a postgame interview with Rachel Nichols for not dunking enough.