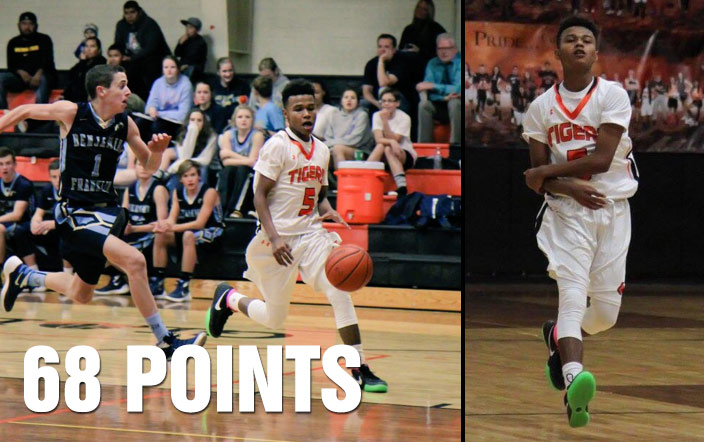 Shout out to freshman B.J. Burries of Globe High School in Arizona.  The 5’9 guard scored a Division IV state record 68 points in a double OT victory on Tuesday night. The 68 was 1 more than the previous record, which was set way back in 1954.

“When I was small, me and my dad would shoot 500 free throws a day,” said Burries, who also won a national free throw shooting contest a few years ago.

Unfortunately, I don’t have any footage – not even crappy vertical phone footage posted on instagram – from his 68 point game, but I do have some footage of him showing off his shot and a mixtape of him leading his team to back-to-back championships.  So in the meantime, check out those clips and hopefully people will start bringing cameras to B.J’s games.