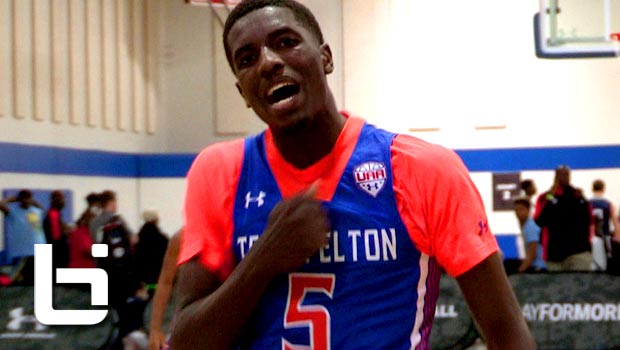 It’s hard to argue if there’s a more creative passer than Jalek Felton in the Class of 2017. The future UNC Commit will be looking to ...(Read more)

It’s hard to argue if there’s a more creative passer than Jalek Felton in the Class of 2017.
Click here to Read More

The future UNC Commit will be looking to over the reigns once he arrives on campus for Coach Roy Williams. The 6’3″ point guard will be enrolling at Gray’s Collegiate Academy this year after attending Mullins HS the previous three years. If the last name rings any bells you don’t have to look far as his uncle is former UNC Tarheel and NBA pro Raymond Felton. On the UAA circuit this past spring/summer, Felton led his Team Felton squad to the final four of the UA Circuit averaging 19.6 PPG and dishing out 4.6 APG. Though he may be the most creative passer in 2017, he’s going to have to cut down his turnover ratio to become the ultimate playmaker. Look for the latter Felton to make some noise this season as we’ll be covering him for his senior season. For now check out his Junior Year Mix courtesy of ballislife.com!