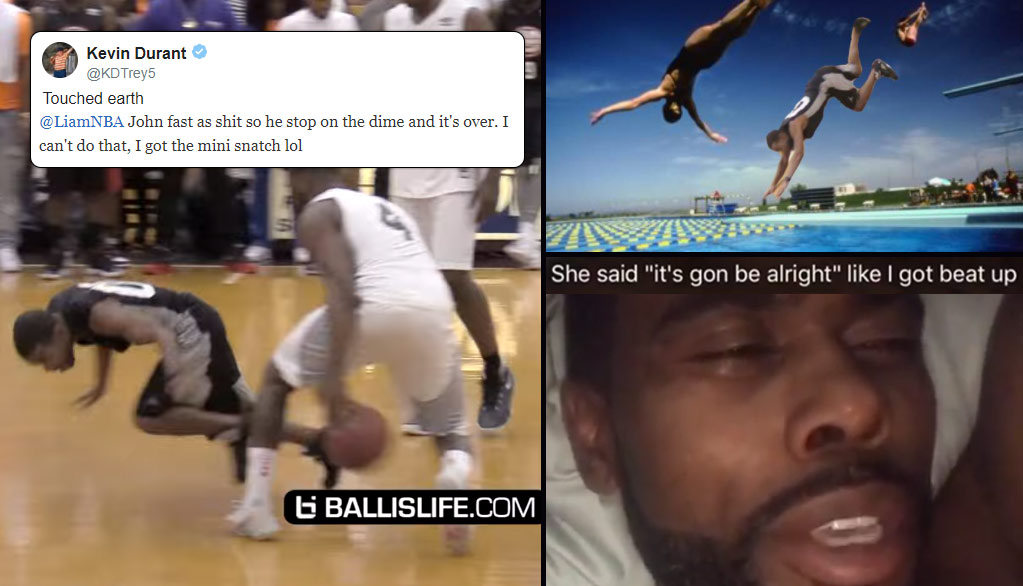 One of the highlights of the first weekend in September each year is the annual LudaDay weekend in Atlanta. Highlights and hilarious moments over the past ...(Read more)

One of the highlights of the first weekend in September each year is the annual LudaDay weekend in Atlanta. Highlights and hilarious moments over the past 12 years of the event have came courtesy of everybody from Kevin Hart, Chris Brown, Justin Beiber, Chris Paul, Bow Wow, Dwight Howard, Nick Young and John Wall. On Sunday, Wall might have generated the event’s best and most hilarious moment ever, with the assist of 5’2 comedian Lil Duval, who tweeted out this message before we released footage from the game: “If you see a video of me online at the Ludacris basketball game just know it’s photoshopped.”

We then dropped the raw video online and the internet — including Kevin Durant — had a good time roasting Duval’s effort to play defense against “the best 2-way point guard in the league.” Here’s the reactions and Lil Duval hilariously defending (no pun intended) himself and reacting (Don’t fall for this bull shit. It’s a plan from the man to break up black family homes) to those reactions of him taking a nose dive to the ground.