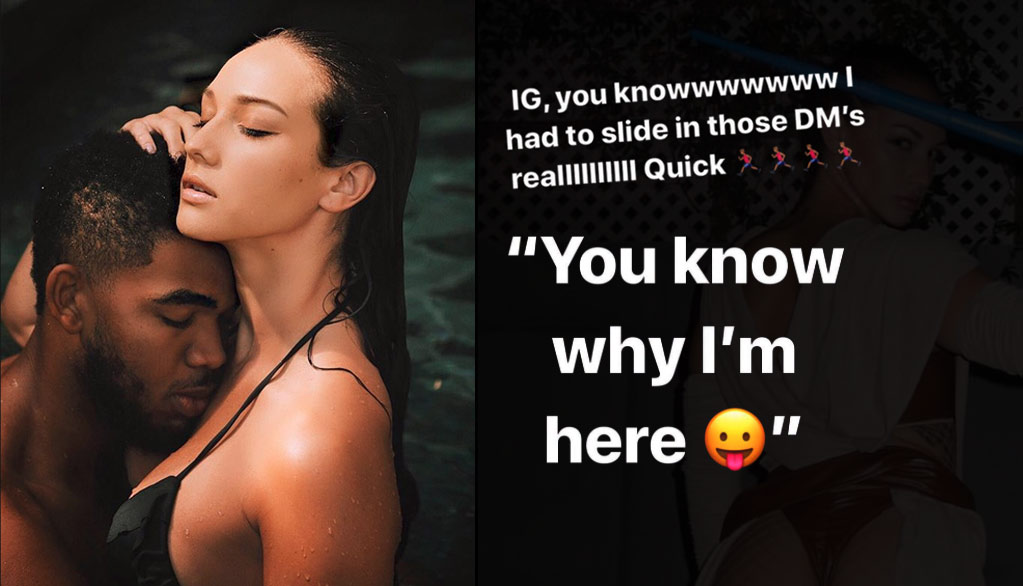 This is Karl-Anthony Towns when he was a freshman at St. Joseph High School in Metuchen, New Jersey, interviewing his idol Kevin Durant. I’m 100% sure NOBODY ...(Read more)

This is Karl-Anthony Towns when he was a freshman at St. Joseph High School in Metuchen, New Jersey, interviewing his idol Kevin Durant. I’m 100% sure NOBODY who saw this video back then, looked at the baby-face interviewer and said this guy looks like he could one day be one of the best players in the NBA before he’s old enough to drink and end up with one of the hottest fitness models in the world.

If you have read the latest issue of GQ magazine — the “Greatest Living Athletes” one with a hilarious looking King James on the cover — then you probably saw Karl-Anthony Towns make the list of “The 10 Greatest Athletes of the Future.” I agree with him making the list and everything Nathaniel Friedman had to say about the 22-year old.

Karl-Anthony Towns isn’t just the NBA’s best young center. He’s so absurdly skilled that “skilled” (and “best”) hardly does him justice. Just two years into his career with the Minnesota Timberwolves, still just barely north of drinking age—he turns 22 this month—KAT is already a budding all-star and the prototype for a new vanguard of big men: the muscular seven-footer who can rain threes, who can clean up the glass and push the ball up the floor himself. Towns is also blessed with a smooth, amiable charisma that is somehow never corny, giving sub-zero Minneapolis a reason to get excited for the future of its historically sub-competent franchise. The loaded Wolves are expected to make a leap this season, and if they do, one big reason will be KAT’s evolution from nascent superstar to legend in the making.

As for the “one of the hottest fitness models in the world” comment. Her name is Kawahine Andrade. And on Monday morning, Towns hilariously posted a few comments and images to his IG story explaining how he slid in her DMs after she posted a like-worthy Halloween costume.  Here’s the slides.

Here’s more pics of the athletic couple, starting with my favorite, which looks like a 90s home video and reminds me that someone stole my Pam and Tommy Lee VHS tape.

You be my Bonnie, I’ll be your Clyde.