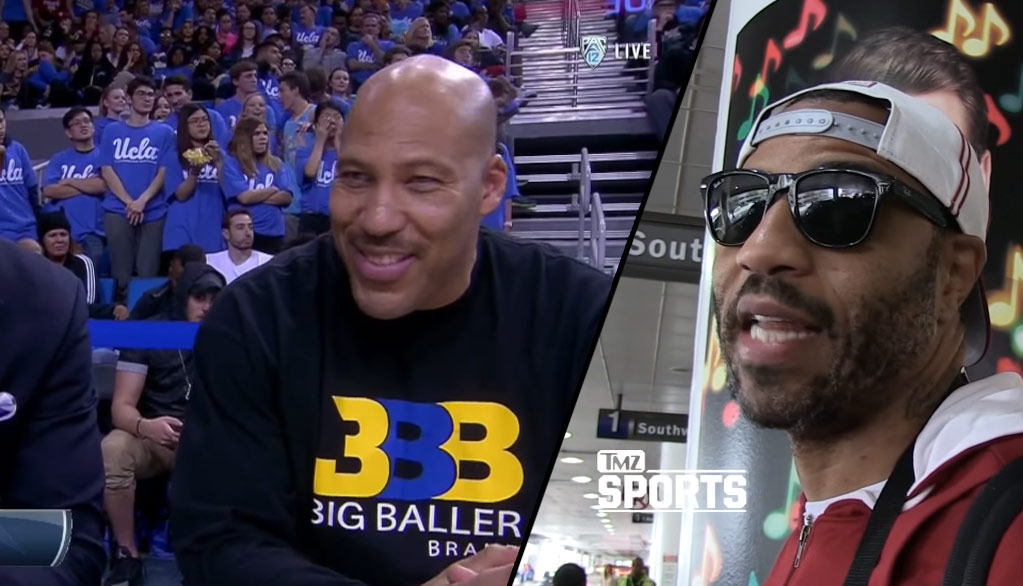 He’s outta his damn mind! Stop it! Stop it!

“I have the utmost confidence in what my boy is doing.” Said LaVar during a recent UCLA game. “He’s better than Steph Curry to me. Put Steph Curry on UCLA’s team right now and put my boy on Golden State and watch what happens.”

LaVar also generated some recent buzz when he told TMZ playing basketball is going to get “easier” for Lonzo when he gets to the pros since the game is faster and “that’s when he’s at his best.”

Arguably the leagues fastest player, John Wall, also recently talked to TMZ about LaVar’s comments about Lonzo and how well he will do in the NBA.

“He’s putting a lot of pressure on his kid and when rookies come into the league, a lot of players are trying to make a statement and let him know how the league is.” Said Wall. “He just added fuel to the fire when he plays Steph Curry or play any other point guard after he gets drafted.”

Lonzo is projected to be a top three pick in the 2017 NBA draft.