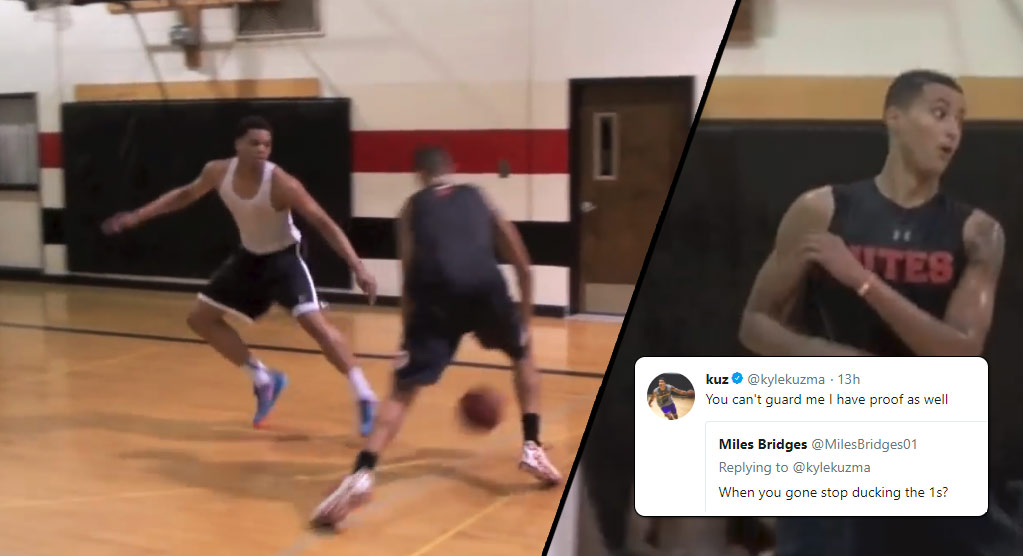 I learned a few interesting things about Lakers’ rookie sensation Kyle Kuzma during a random Thanksgiving Q&A session on Twitter. The most interesting being is he’s ...(Read more)

I learned a few interesting things about Lakers’ rookie sensation Kyle Kuzma during a random Thanksgiving Q&A session on Twitter. The most interesting being is he’s a student of the game. I could tell because his favorite European player ever was the underrated Lithuanian Warrior Sarunas Marciulionis, he had Kareem Abdul-Jabbar (with Magic, Jordan, Kobe, LeBron) on his all-time starting five, he prefers #8 Kobe over #24 (this reminds me of a funny Daniel Tosh joke) and he’s a fan of Magic Johnson’s Showtime era Lakers of the 80s (in case you were wondering, Kuzma was born in 1995 — one year before Magic made his NBA return and played for the pre-Shaq & Kobe era Lakers).

During the session, the NBA Rookie of the Year candidate and steal of the draft also called Big Baller Brand “genius” and said fellow rookie Lonzo Ball is a good teammate because he “only cares about winning.”

Besides hearing he bought his mom a crib with his first paycheck, my favorite answer from the Q&A went to future NBA lottery pick Miles Bridges. The former Ballislife All-American Game standout asked Kuzma, “When you gone stop ducking the 1s?” Kuzma responded by saying, “You can’t guard me. I have proof as well” and pulled up a three-year old video of him scoring on Bridges at a YMCA in Flint.

Bridges replied with a few laughing emojis and his highlight reel of threes, dunks and blocks from the same game.

Assuming Bridges doesn’t stay for another year at Michigan State (make sure you check out the latest SI with Bridges on the cover), it’s going to be fun to see the two go at it again on the same court next year.

In the meantime, here’s some of Bridges best dunks from the 2017 NCAA season and a throwback Ballislife Mixtape.