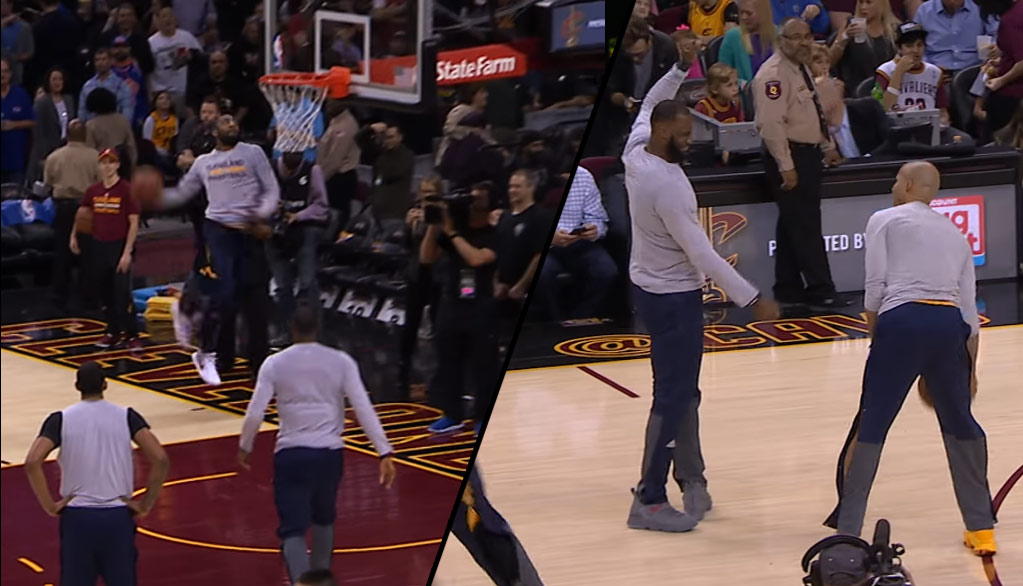 The most important dunk from the Spurs and Cavs game on Saturday was Kawhi Leonard sealing the win with a steal and dunk in OT. The most ...(Read more)

The most important dunk from the Spurs and Cavs game on Saturday was Kawhi Leonard sealing the win with a steal and dunk in OT. The most shocking dunk attempt came before the game when Kyrie Irving attempted a windmill off the bounce dunk, shocking teammates LeBron James and Richard Jeffeson – two guys who know a thing or two about throwing down windmills.

Richard Jefferson laughed and said, “You’ve done a windmill before.” I’m sure Irving has and probably still can but the only “fancy” dunks you are going to find of Kyrie on YouTube is a 360 off the bounce during his high school days (with his buddy Brandon Knight) and a 1-hand dunk off the glass during Duke’s Countdown to Craziness event from seven years ago.

Jefferson also joked about doing a between the legs dunk from the first time in the mic’d up video. My initial thought was he threw down an Eastbay dunk during his 2003 Nike commercial with Vince Carter but he didn’t. Oh well, it’s always fun re watching this video.