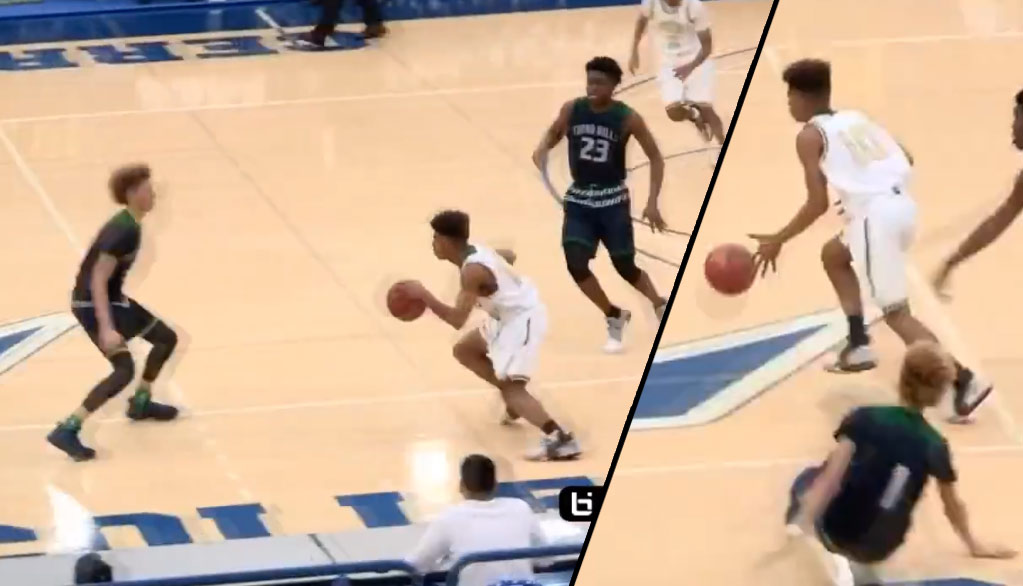 During Chino Hills latest win — a 98-74 victory against Long Beach Poly — LaMelo Ball had another one of those WTF rewind moments. But this ...(Read more)

LaMelo Ball Gets Dropped Or Did He Fall On His Own?

During Chino Hills latest win — a 98-74 victory against Long Beach Poly — LaMelo Ball had another one of those WTF rewind moments. But this time, it happened while the youngest of the Ball Bros was on defense (insert your cherry picking joke here).  On initial viewing, it seems like Melo just got dropped, but on repeated viewings, it actually looks like Melo was already falling or the fall was intentional. But why would he intentionally do this? He’s too young to be shaving points (it’s just a joke).

Anyways, I thought a few of the people who aren’t members of the Ball Bros fan club would enjoy this. As for everybody else, check out the video below of Melo dropping 26 in the highlight-filled playoff game.