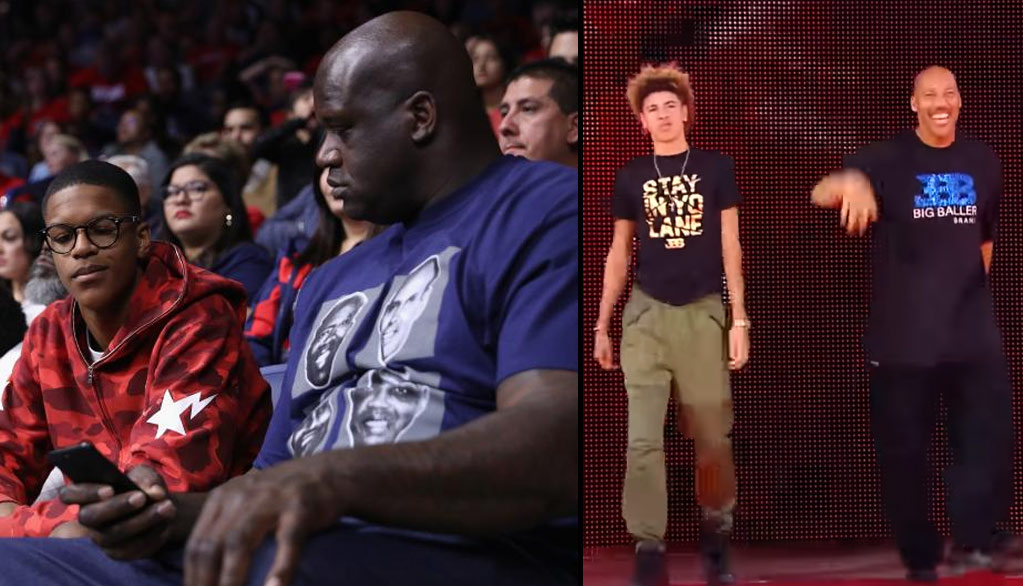 Another day, another fun quote from LaVar Ball that too many people will probably take too seriously. The latest is the BBB CEO saying him and his ...(Read more)

Another day, another fun quote from LaVar Ball that too many people will probably take too seriously.

The latest is the BBB CEO saying him and his youngest son, LaMelo, who just scored 101 points in the past 24 hours, would kill Shaq and his son Shareef O’Neal if they played 2-on-2. Due to the height and weight advantage of the O’Neals, I would gladly bet my Shaq memorabilia collection (probably the biggest that exists) that the 7’1, near 400 pound Shaq and his 6’8 future Arizona star wouldn’t have much of a problem against LaVar and the 6’2 160 pound Melo. With that said, I would gladly pay to watch this just to see LaVar and Shaq go at it.

Before people get carried away and think there’s any beef between Melo and Shareef, the two are friends (just watch their IG live videos). As for Shaq and LaVar, on a recent episode of ‘The Big Podcast With Shaq,’ the MDE said he’s not going to mention LaVar on the show again so we might not get an equally fun reply but I bet we will.

In the meantime, here’s Shaq saying his son is better than LaVar’s son, followed by our mixtapes of the friends.