On June 16th of 1996, Michael Jordan scored 22 points, grabbed 9 rebounds, dished out 7 assists and won his 4th NBA championship after leading his 72-10 Bulls to an 87-75 Game 6 victory over the Seattle SuperSonics.

“I know he’s watching,” said Jordan during his post-game interview with friend Ahmad Rashad. “To my wife and kids, to my mother, brother and sister, this is for Daddy.” 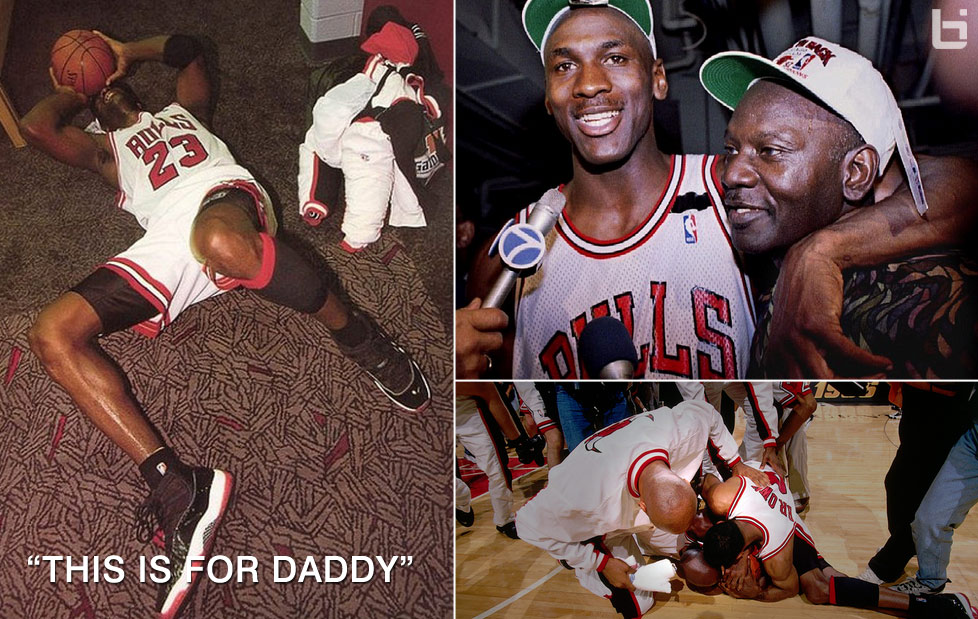