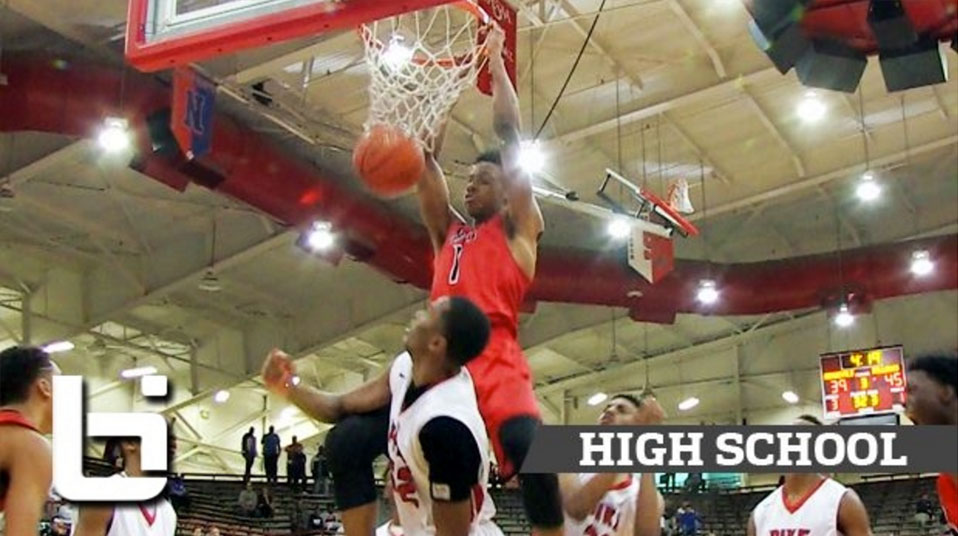 The only high school basketball left this season is Dick’s Nationals and its results will affect the final FAB 50 National Rankings powered by Ballislife.com next ...(Read more)

The only high school basketball left this season is Dick’s Nationals and its results will affect the final FAB 50 National Rankings powered by Ballislife.com next week. As far as the No. 1 team goes, Chino Hills capped a 35-0 season by winning the CIF Open Division championship. Other ranked teams to wrap up state titles last week were University of Detroit Jesuit (Michigan), New Albany (Indiana) and St. Anthony (New Jersey).

The season is quickly winding down and the mythical national championship race is coming into focus after No. 1 Chino Hills (Chino Hills, Calif.) capped a perfect 35-0 season with a 70-50 win over previous No. 50 De La Salle (Concord, Calif.) in the CIF Open Division title game before approximately 5,500 fans and a national television audience at Sleep Train Arena (Sacramento, Calif.).

The Spartans led by two points at halftime, but a 15-2 third quarter run blew the game open, as Chino Hills tied a state record for most wins by an undefeated team first accomplished by Stanley Johnson-led Mater Dei (Santa Ana, Calif.) in 2013-14. That Mater Dei team finished No. 2 in the FAB 50.

Mr. Basketball USA front-runner Lonzo Ball of Chino Hills had a bad shooting first half (1-of-7 from field), but as has been the case this season, he impacted the game, with his passing, rebounding and court presence. Ball, who is scheduled to play in the 6th Annual Ballislife All-American Game April 30, finished with 15 points, 10 rebounds, nine assists and five steals. Ball, California’s all-time assist leader, has been favorably compared to Jason Kidd this season, so it was only fitting Ball finished his high school career with a dunk ala Kidd, in this case three straight alley-oops that sent the Sleep Train Arena into a frenzied state.

De La Salle was the eleventh program Chino Hills defeated this season that was FAB 50-ranked at the time of the contest.

With the win, the Friars capped a 32-0 season, but with No. 1 Chino Hills also finishing unbeaten St. Anthony won’t be able to capture its fifth FAB 50 national title. St. Anthony finished No. 1 in 1989, 1996, 2008 and 2011 and were unbeaten each season. Coach Bob Hurley Sr.’s program also went 32-0 in 2012 when it finished No. 3 in the FAB 50. The Friars could move up a spot or two in next week’s final rankings, depending on the results of games at the Dick’s Nationals taking place in New York beginning Thursday.

Another program that finished the season unbeaten and will be in the Top 5 of next week’s final FAB 50 National Team Rankings powered by Ballislife.com is Michigan Class A champion University of Detroit Jesuit (Detroit, Mich.), which capped a 28-0 season on Saturday with a 69-49 win over North Farmington (Farmington Hills, Mich.). The Cubs’ big win from a national perspective was the 72-51 semifinal win over previous No. 19 Dakota (Macomb, Mich.). That Friday semifinal game was the Cougars’ only loss of the season, and they fell to No. 35 in this week’s FAB 50.

Cassius Winston, U of D Jesuit’s Michigan State-bound point guard, put himself in line for some end-of-season All-American acclaim by closing out high school career in spectacular fashion. Winston had a 31-point, nine-assist performance in the state title game and had 27 points in the big win over Dakota. He also scored 25 points in a 62-47 quarterfinal victory over Ypsilanti (Ypsilanti, Mich.).

The basketball-crazed state of Indiana also capped its season on Saturday, as New Albany (New Albany, Ind.) defeated McCutcheon (Lafayette, Ind.) 62-59 in the Class 4A state title game at Bankers Life Fieldhouse. Sophomore Romeo Langford, a 6-foot-5 shooting guard, netted 28 points, including 12 in the fourth quarter, to lead a team that only lost once all season in its fourth game to Pike (Indianapolis, Ind.).

Langford, who averaged over 30 ppg on the season, netted 46 points in a 82-64 semifinal victory over Southport (Indianapolis, Ind.) for a program that won its first state title since 1973. New Albany moves up two spots to No. 31 in the FAB 50.