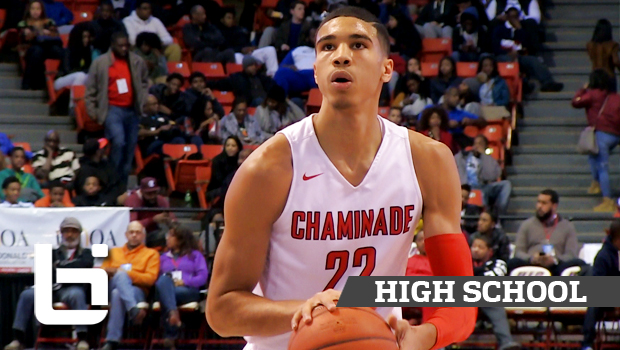 There are five newcomers to the FAB 50 National Rankings powered by Ballislife.com this week, as ranked teams from Michigan, California, Indiana and New Jersey will ...(Read more)

NEW FAB 50: No. 1 Chino Hills One Step From Perfection!

There are five newcomers to the FAB 50 National Rankings powered by Ballislife.com this week, as ranked teams from Michigan, California, Indiana and New Jersey will look to close out their seasons with state titles this week. The highest ranked newcomer this week is No 42 Westerville South (Westerville, Ohio), the Ohio Division I state champs.


The first nine and 16 teams overall that appear in this week’s FAB 50 National Team Rankings powered by Ballislife.com are still playing, as the season is quickly coming to a close. There will be two more sets of ratings after this week, including the final FAB 50 rankings on Monday, April 4.

One of the teams still playing is current FAB 50 No. 1 Chino Hills (Chino Hills, Calif.), which plays for the CIF Open Division state championship next Saturday night versus new No. 50 De La Salle (Concord, Calif.) at Sleep Train Arena in Sacramento, Calif. It will be a matchup of two nationally-ranked teams, but it still has a bit of a David vs. Goliath feel. Chino Hills has beaten No. 40 Foothills Christian (El Cajon, Calif.) by 20 points twice (106-86 and 82-62), No. 41 High Point Christian (High Point, N.C.) by 25 points (100-75) and just defeated No 36 Bishop Montgomery (Torrance, Calif.) by 22 points (84-62) in the SoCal open regional final to advance to the state title game.

The Huskies, led by Mr. Basketball USA front-runner Lonzo Ball, only beat Bishop Montgomery by four points in their first matchup. The Knights still have a strong enough resume to be ranked No. 2 in the state, according to CalHiSports.com, as Chino Hills is firing on all cylinders right now. Ball, who is averaging a triple-double, was confirmed to be California’s all-time assists leader by Cal-Hi Sports and will play in the 6th Annual Ballislife All-American Game taking place the night of April 30 at Long Beach City College (Long Beach, Calif.).

Ponds was in some foul trouble, but his teammates, particularly Rasheem Dunn and C.J. “Big Shot” Smith, stepped up to lead the Orange Wave to victory. Dunn finished with 21 points, while Ponds and Smith added 16 and 15, respectively. Jefferson moved up five spots to No. 38 in this week’s rankings, and no matter what the other results are from around the country over the final two weeks, the Orange Wave will remain behind No. 37 West Linn (West Linn, Ore.) in the final rankings. Oregon’s Class 6A state champs beat Jefferson at the City of Palms Tournament in December.

Jayson Tatum, a Mr. Basketball USA candidate, led Chaminade (St. Louis, Mo.) to its first Missouri Class 5 state title with a 72-59 win over bubble club Kickapoo (Springfield, Mo.). In his final game in a Chaminade uniform, the Duke-bound forward exploded for 40 points and 14 rebounds, as the Red Devils moved up to No. 18 this week.

No. 11 Stevens Point (Stevens Point, Wis.) wrapped up a Wisconsin Division I state crown by downing Muskego (Muskego, Wis.), 89-64, to end the season on a 37-game winning streak. The Panthers dominated their in-state competition, but lack a signature out-of-area win to be in mythical national title contention. Stevens Point concluded its season with a 33.2 ppg winning margin that actually grew in the state playoffs.

In Pennsylvania, Roman Catholic (Philadelphia, Pa.) moved up two spots this week to No. 15 after capturing its second consecutive PIAA Class 4A title, while Neumann-Goretti (Philadelphia, Pa.) won its sixth Class 3A crown in seven years to move up three spots to No. 24