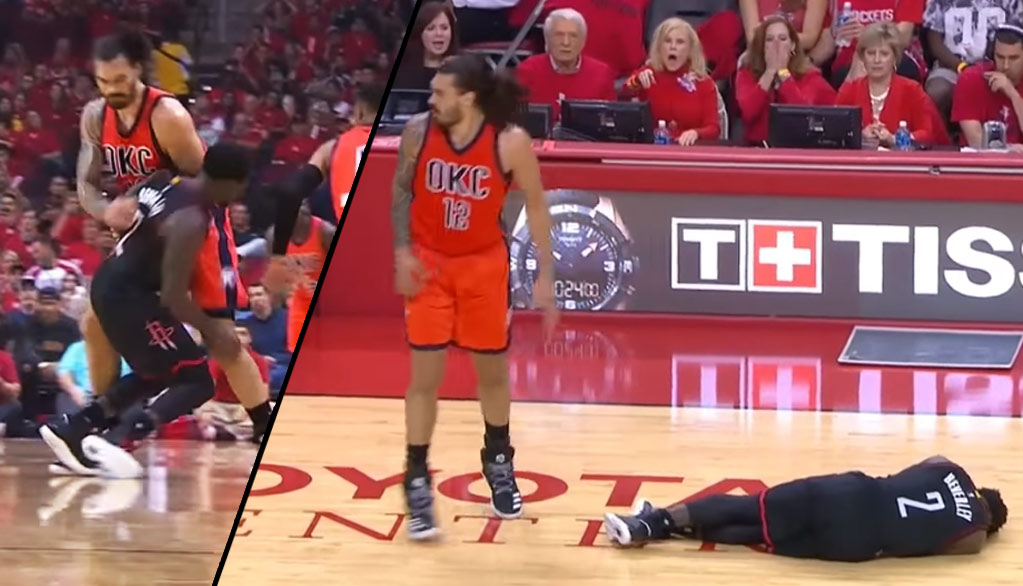 As fatal as Steve Adams’s brick wall screen on Patrick Beverley looked, I’m cool with the refs not calling a foul — I think the old ...(Read more)

As fatal as Steve Adams’s brick wall screen on Patrick Beverley looked, I’m cool with the refs not calling a foul — I think the old white ladies behind the scorers table will disagree with me. But, I’m not cool with the refs, seconds later, calling a phantom foul on Roberson that led to three free-throws by James Harden.

Anyways, I guess Harden deserved an extra call here and there because he played like a man deserving of the MVP award with a game-high 37 points, 9 assists and 7 boards. The other MVP candidate, Russell Westbrook, flirted with a triple-double (22/11/7) but had a pretty awful game, missing 17 of his 23 shots and turning the ball over 9 times! A lot of his struggles should be contributed to the defense of Beverley, who had an impressive 21 points on 8 of 13 shooting, 10 boards, 3 assists, and 2 steals in just 26 minutes and refused to take credit for Westbrook’s struggles.

“It was a team effort in just trying to show him a lot of bodies,” he said. “He’s one of the most explosive guards in this league, so we were just trying to make it tough on him.”