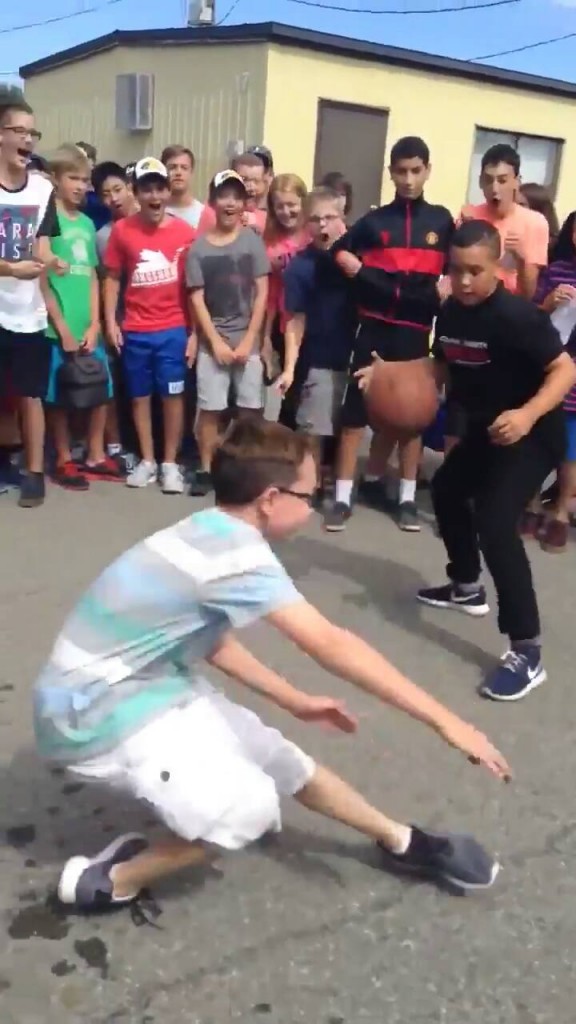 Damn! Look at his ankle! Look at the faces of the kids!  Couldn’t he have just had an after school fight instead?

If I was the kid with the broken ankle in the pic above, I’m faking an illness the next morning and probably every morning for the rest of the school year or just telling Mom I need to transfer to another school because I’m about to become the most picked on kid in school and don’t want to turn into a Dylan Klebold.

The only problem with transferring is it’s only a matter of time until one of your new teammates digs up your (damaged) skeleton in the closet after recognizing you from this viral video.