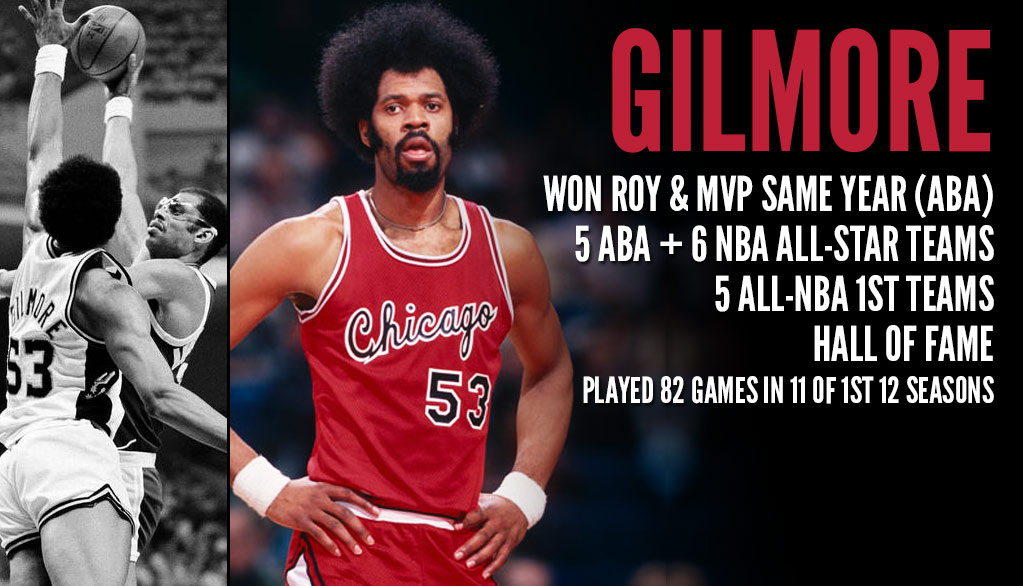 I recently came across this video called Top 5 Strongest NBA Players Ever” and just like Shaq’s controversial All-Time Lakers vs Bulls post, ABA/NBA great Artis Gilmore was a milk carton. If you want to see some testimonials about Gilmore’s strength (second to none or maybe just Wilt Chamberlain), then watch the video above. If you want to read a few bullets on what makes the 7’2″ unappreciated center so special and memorable, then keep reading.

And here’s an unofficial stat: He’s one of only maybe two or three players who could guard Kareem Abdul-Jabbar and block his skyhook aka the most unstoppable shot in NBA history. And for those reasons, that is why he is in the Basketball Hall of Fame (although it took 11 years longer than it should have) and that is why I’m talking about him today…and because it’s his birthday.

Also worth mentioning is the Chicago Bulls trading him to the Spurs in 1982 for Dave Corzine & Mark Olberding! Gilmore was named an NBA All-Star twice during his time in San Antonio.