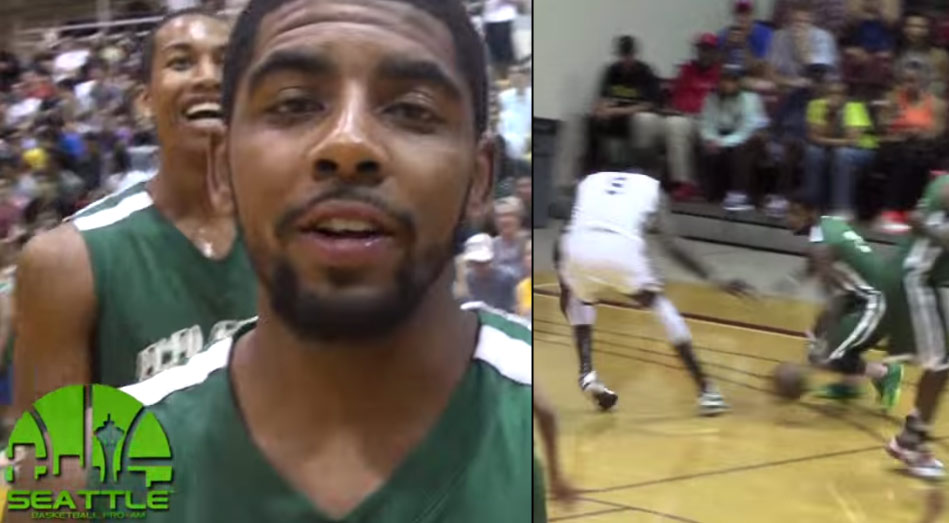 As we count down the days until the Drew League invades Seattle to take on Jamal Crawford and the Seattle Pro-Am, we are looking back at ...(Read more)

As we count down the days until the Drew League invades Seattle to take on Jamal Crawford and the Seattle Pro-Am, we are looking back at some of the most memorable moments in the Pro-Am’s history. Today’s moment came when everyone’s favorite uncle (Drew), Kyrie Irving, along with Uncle Jeff Green and Tony Wroten, visited a packed house at Seattle Pacific University in 2013.

A week before this weekend, the crowd was treated by the return of Kevin Durant, who dropped 63 points, so it was going to be a tough act to follow for the participating players. Tough? Maybe for some but not for the Cavs All-Star. In 38 minutes of action, Irving put up 32 points (13-30fg), 11 assists, and even threw down a surprising dunk in a 127-118 victory.  The highlight of the night was this Shammgod crossover by Irving.

Former Sonic Jeff Green scored 20 and Tony Wroten had a monster night with 44 points, 13 rebounds and 8 assists.  Unfortuatenly, Wroten is still recovering from an injury so he wont be playing in the Drew vs Seattle game this week but I’m expecting the same type of energy on Friday as the energy on August 16th of 2013 when Irving made his Seattle Pro-Am debut.