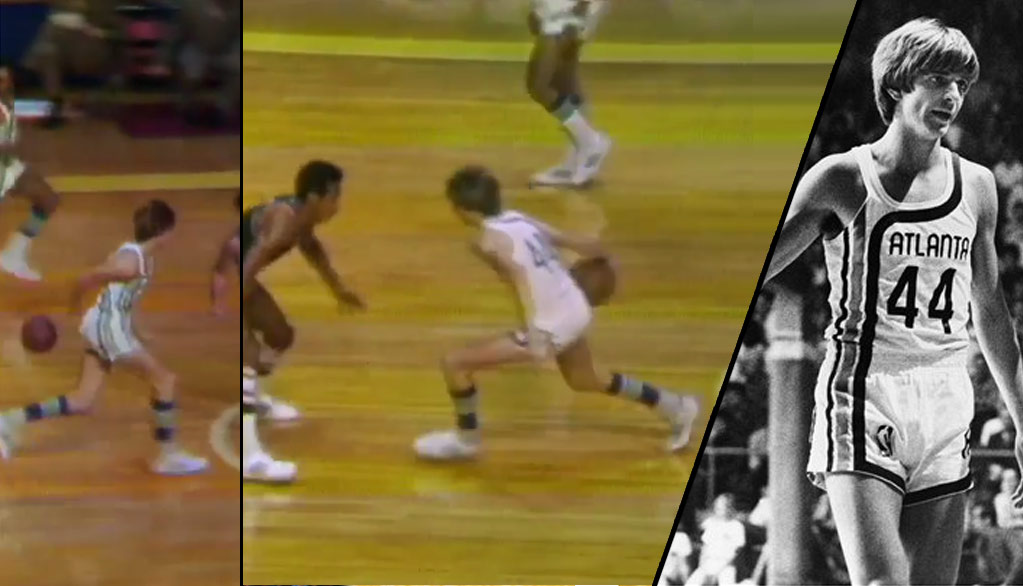 Remembering The Flashy NBA Debut of Pistol Pete Maravich in 1970

On this day in 1970, Pete Maravich made his NBA debut for the @atlhawks.

On this day in NBA history, October 17th of 1970, Pistol Pete Maravich made his NBA debut with the Atlanta Hawks against the Milwaukee Bucks and their superstar duo of Kareem Abdul-Jabbar and Oscar Robertson. Although Maravich, who averaged a ridiculous 44.5 points per game during his final year at LSU, only scored a total of seven points (nine players in the game had more) in his debut, it was obvious within minutes, he was going to become a fan favorite with his flamboyant passing and dribbling. The problem was his flamboyant style on the Hawks was like sticking Jason “White Chocolate” Williams on a Popovich Spurs squad. And considering the Hawks had to trade up in the draft and outbid the ABA’s Carolina Panthers with the biggest contract ever ($1.9M) for a first-year player, some of his teammates weren’t exactly welcoming him with open arms.

Team chemistry got better as team scoring leader Lou Hudson averaged a career-high 26.8, thanks to a lot of assist by Maravich. Pete picked up his scoring too, finishing with an average of 23.2 per game (8th in the league) and an All-Rookie first-team spot.

Maravich had a slight sophomore slump but picked up the production in his final two seasons with the Hawks as he and Hudson both became top five scorers in the league.

In 1974, he was traded to the Jazz and that’s when Pete Maravich became “The Pistol” most NBA fans remember.