During a rare lull in the All-Star weekend’s festivities, an extremely animated Lebron James holds court in a New Orleans lobby with the other members of Miami’s most famous trio.  The subject of the King James outburst, Stephen Curry stands blushing, a wide-eyed high school freshman invited to sit with the upperclassmen in the cafeteria, a fist balled over his mouth in a failed attempt to conceal excited giggles as as the two-time finals MVP gushes over his disassembling of Heat point guard Mario Chalmers during a spectacular 4th quarter performance when the two teams met just days earlier.  While trying to play it cool Curry manages to respond with a nervous, “I try.”  Leading to the biggest laugh of the conversation from both Wade and James who then get to the heart of what they’re trying to say all along.  James mutters, “You more than try, you a bad Motha Fucka.”  Wade reaffirms, “You a bad boy”  The exchange is a minute long clip from an ESPN E60 feature following Curry on his first trip to the All-Star game, but may be the most important moment.  The league’s premier stars telling him he belongs.  Appointed by the King as one of his own.

Fourteen months later Curry is far from the grateful little kid ecstatic just to rub elbows with the league’s alpha dogs.  He is the alpha dog.  Wade and Lebron might be rethinking their move of graciously letting him into the club, now that he’s running things a year later.  Lebron may have been the champ but was far from holding the title of People’s Champ.  Curry has had the crowd at Oracle’s undying loyalty, this season however has seen him expand his empire do heights that haven’t been seen since the days of MJ.  Like a Roman emperor Steph has begun heading into arenas and leaving with the inhabitants hearts.  As much as it might send home teams and coaches into a furry, the fans are only human.  The Warriors are the greatest show on earth and the main attraction is undoubtedly the little guy pounding his chest and pointing to the sky.  There is no fully sane and honest basketball fan who sees Steph Curry get going and changes the channel.  Even the Warrior’s most bitter rivals down south saw their fanbase shift when Steph put Chris Paul down like he was a late 80s Mike Tyson victim.

All that and then their are the numbers.  He has lead his team to a tie for the 4th most wins in a season ever, 5th in winning percentage and the 6th greatest point differential in NBA history.  He has been so instrumental to their success that the league’s second best offensive rating that they boast drops down to good enough for 27th when he’s not on the floor.  Even the team’s number one defensive, the area of the floor considered his weakness, goes from best in the league to around 10th when he sits.  The individual stats are almost unbearable to list.  He is in the top 6 in almost every offensive category imaginable along with steals, which he leads the league.  Looking at his Basketball-Reference page looks like a kid playing video games without anyone manning the other controller for a whole season. 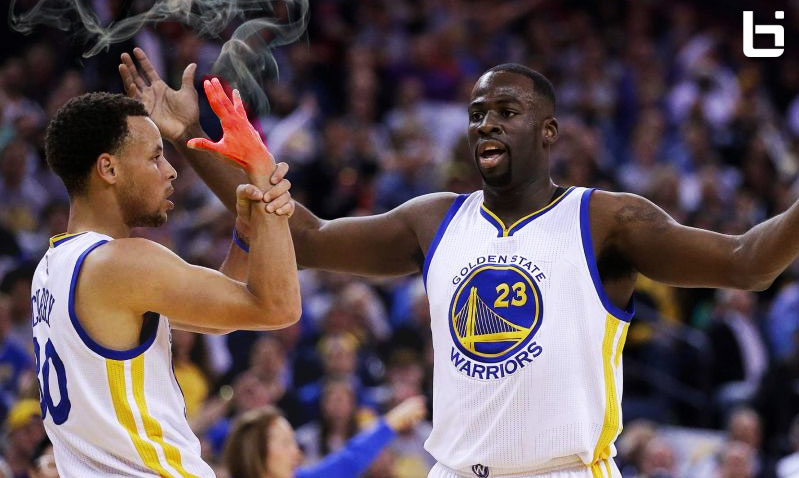 Steph Curry has come to dominate the consciousness of fans, players and coaches alike with this mythical season.  Rarely, if ever, has a player been so dominant yet so well-liked.  It’s almost as if he brings out an involuntary response, they didn’t plan to leave their seat cheering for him they just find themselves standing up cheering for the road team’s star and don’t know how they got there.  Coaches would love to designed more balanced game plans but their mind goes back to number 30 sooner or later.  Players don’t want to enjoy watching his games, they just can’t take their eyes off him when he gets going.  Who can.  Let’s see how much longer he has the glowing player support when he takes home this hardware.  There is one group however that knows exactly why it is standing and going nuts for the kid from Charlotte taking the league by storm and that is the die hard fans at Oracle.  There is a special type of affection for Steph Curry in the Bay Area.  Steph understands his importance to the people and makes a point to truly engrain himself into the community as one of it’s own.  He might end up winning the MVP through a hostile takeover of stealing the fanbases he visits, but at the arena he calls home he earned every bit of the crowd’s roar. 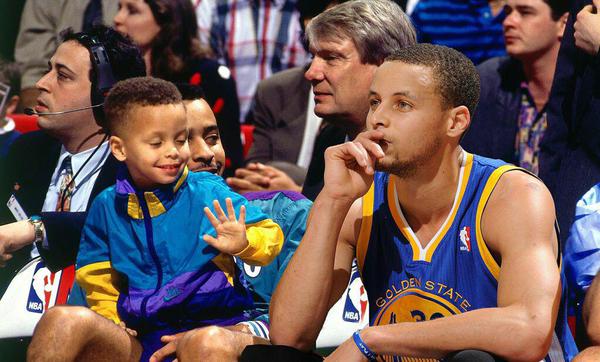