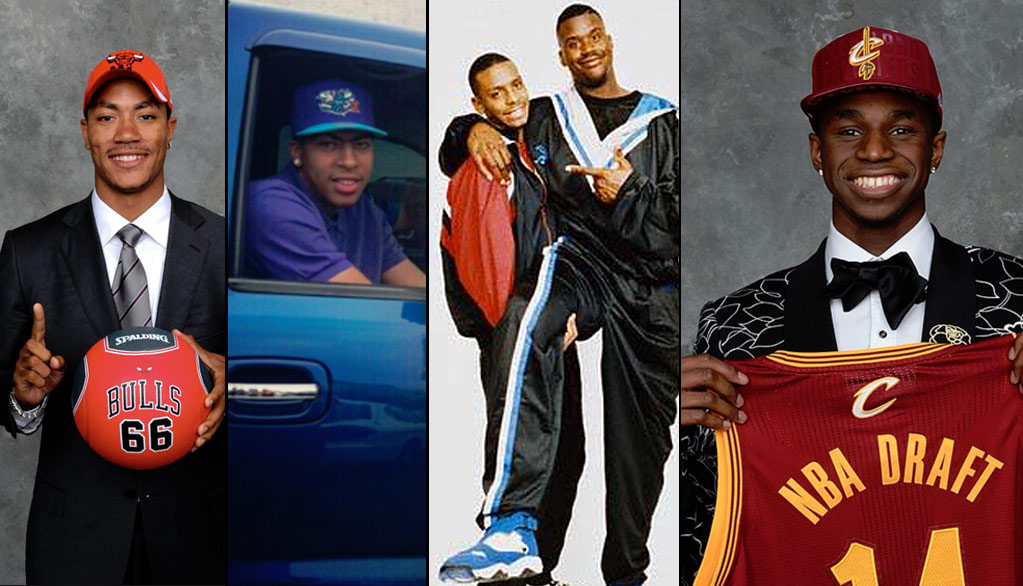 It’s NBA Draft Lottery day, which means I get to do my annual rant about how the NBA has rigged multiple drafts in the past. And ...(Read more)

It’s NBA Draft Lottery day, which means I get to do my annual rant about how the NBA has rigged multiple drafts in the past. And this time, I have some support in the form of this Mike Korzeemba video: Is This Video Proof That The NBA Draft Is Rigged.

The following is what I said back in 2013 after the Cavs won the No. 1 pick for the second time in three years.

Maybe it’s the Oliver Stone fan in me that loves a good conspiracy. And when it comes to the NBA Draft Lottery, there’s a long history of them. Last night was no different as another chapter was written when the Cleveland Cavs won the No. 1 pick (15.6% odds) and blew it on Anthony Bennett. AB was an epic bust but it didn’t really matter because they got the No. 1 pick the following year despite having just a 1.7% of winning it. With that pick, they drafted Andrew Wiggins and flipped him for Kevin Love as a welcome home gift to LeBron James, who grew up in Akron, Ohio and ended up as the Cavs No. 1 pick in 2003 (22.5%).

The Orlando Magic won the second pick, Wizards got the third and the Charlotte Bobcats/Hornets ended up at the fourth spot despite only winning one more game than the league-worst Orlando.

Speaking of Orlando and NBA draft conspiracy theories, let’s go back to the early ’90s, when the Magic selected the most dominant college player ever in Shaquille O’Neal (15%) and then won the No. 1 pick the very next year despite having the worst odds (1.52%) at doing so with only a single ball in a drum of 66. The Magic selected Chris Webber, then traded him for Shaq’s Blue Chips co-star Penny Hardaway and the NBA now had the most exciting and marketable young duo in the league for years. The coincidence was just screaming conspiracy as people called David Stern the best GM in the world. Coincidence is quite common in what seems like almost every other draft. Like in 2011, when LeBron took his talents to South Beach and the Cavs ended up with the No. 1 pick (2.8% chance) the following year, which was used to draft future Point God Kyrie Irving.

Speaking of Point Gods and franchises in need of a new superstar, in 2008, the Bulls ended up with local phenom Derrick Rose despite a 1.7% chance at winning the lottery. Another No. 1 pick point guard that will be battling Irving and Rose for years to come is the Wizard’s John Wall (10.3%). The conspiracy behind the Wall pick surrounds the death of owner Abe Pollin months before the draft. The franchise needed a fresh start with the loss of Pollin and drama surrounding Gilbert Arenas, so David Stern gave Washington a present.

Stern also had some fun with the 2012 lottery, when other NBA GMs were crying foul as the New Orleans Hornets (partially owned by the NBA) ended up with Anthony Davis despite only having a 13.7% chance of landing the rare big man, who just happened to be wearing a Hornets hat “a couple of weeks” before the lottery. 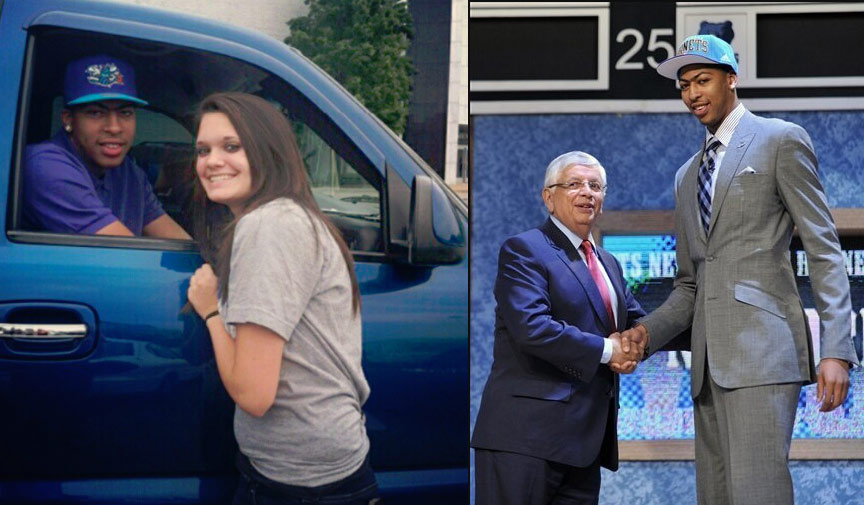 This is nothing new to Stern. The marketing genius has been accused of rigging the draft since the very first one in 1985 when Patrick Ewing ended up with the Knicks (14.29%). Conspiracy theories include creased (watch him throw one envelope to the side) and frozen envelopes so Stern would know which one to grab.

If you think I’m wrong for pointing the finger too much at Stern then let me know who I’m supposed to blame. Chance? I could admit everything was just chance but ridiculous conspiracies are more fun to talk about.

And here’s Nick Smith with his take on the best draft conspiracies of all-time.